You came this way: Home > Curator: ccCommunity > et_ > The agency of missing hearts


The agency of missing hearts by et_ 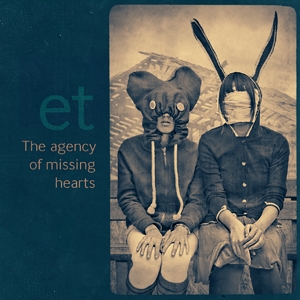 Electronic trip-hop and down tempo instrumental tracks that make you wish your break was longer than just 15 minutes... Et_ from Bezhetsk, Russia creates rockish, instrumental electronic music that resonates with maturity and great sense of balance. As long as you get over the fact that the title sounds like an up and coming emo band, you'll realize that et_ is really worth listening to.

He incorporates fat sounding beats, tucks in a bit of acoustic on the side and some rock stuff to show you what he's capable of when it comes to software and guitars. Not bad for someone who got started in music playing a "half-broken guitar down from the attic."

The Agency of Missing Hearts is comprised of 11 tracks. It opens with Children which starts off with a weird beeping sound, along with some narration and then flows to a danceable beat, filled with synths. It's like riding a spaceship on hyperspeed where all you see is nothing but a flash of blurry stars coming and fading away. At the other end of the album, you'll hear 11 which is a more down tempo track with slightly dancey beats. The opening parts of the track reminds me of a runner gearing up to make a final run, as if he's anticipating the loud bang(!) of the gun before he starts off running like his life depended on it.

Et_ certainly creates a great fusion of electro synth pop beats and acoustic with a tinge of rock thrown in the mix. His songs would fit perfectly, playing in some indie night club in the near outskirts of town.

The agency of missing hearts by et_ is licensed under a Attribution-NonCommercial-ShareAlike 3.0 International License.
For more permissions:
contact artist

Jamendo
So far 7 comments about this album. Add your 10 cents!