the second installment of the spill / dualpLOVER reissue trilogy of one of the most unique but unheralded bands to ever exist. bad earth was a CD reissue of their 1991 cassette release that was initially available as an edition of 100.

“The second in an set of archival re-issues of Melbourne-based entity Volvox, Target Earth is truly one of the oddest things one could ever ask to hear. A vocalist who has a speech difficulty due a fall through a plate glass window (or so legend has it) combines with sinister electronic sound and the odd depressing sample to produce something for which there is no reference point. Song structure as we might know it is not simply abandoned, it was never part of this universe of pained squalling, deep rumbling power electronics and sonic manipulation. It's ugly to be sure, but ugly in the way fungus can be - so fascinating it may as well be beautiful. It goes beyond mere spectacle - which this undoubtedly is - to a voyage into genuine abstraction and unhinged moments of terror that may reveal genuine secrets in a psychic/subliminal manner. I could describe this as a hard listen, but something about it draws me back to this; it could be it's sheer outsider-ness, but there is a point of view being expressed here that challenges many conceptions I have about music and more especially, free noise. What's more, there is a strand of the familiar somehow - this reminds me of kitchens and having cups of tea while a cat rolls about on the floor, yet it's an alien version of these things, the recognition making the strange all the stranger. I hesitate to even call it experimental - it sounds too intuitive for that. It's an essential listen for explorers of the outer perimeters of underground music, and sits with out companion at the point where dimensional walls crumble before the force of entropy. I can't recommend this enough, but be ready for an unsettling experience that defies all description." -Andrew harper 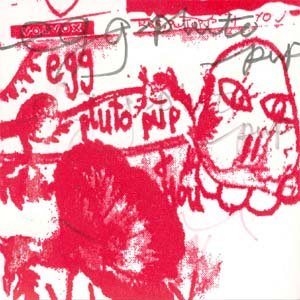 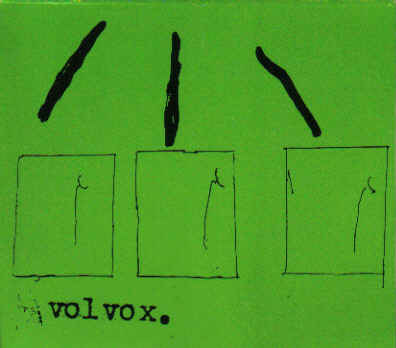 Bad Earth by Volvox is licensed under a Attribution-Noncommercial-Share Alike 3.0 United States License.

dual plover
So far 0 comments about this album. Add your 10 cents!