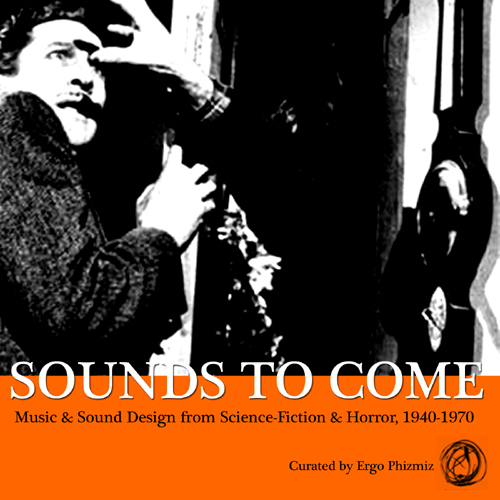 "Sounds to Come" is the second installment of a series on Chinstrap of music and sound-design cut from public-domain horror and science-fiction films from c.1930-1970.The aim of the releases is the reframing of digital artefacts - although the pieces have been recut and equalised, we are not aiming to present definitive versions of these recordings, we rather present the work for the possibility of further investigation into the composers, sound-designers, film-makers, and of course the films themselves, which are available, in the main, for free download at Archive.org."Teenagers Battle the Thing" - Director: Don Fields"The Man Who Changed His Mind" - Director: Robert Stevenson * Music: Louis Levy "Svengali" - Director: Archie Mayo * Music: Vitaphone Orchestra "The Phantom Ship" - Director: Denison Clift * Music: Eric Ansell "Attack of the Giant Leeches" - Director: Bernard L. Kowalski * Music: Alexander Laszlo "Horrors of Spider Island" - Director: Jaime NolanLegal disclaimer: This release is made under the belief that these scores and sound-design are in the public-domain, and is intended to disseminate and raise appreciation of this film music. If you represent the interests of any of the composers and object to this release, we will willingly (though a little grudgingly) remove it.Chinstrap is a not-for-profit music gallery.

The Phantom Ship by Various Artists [Chinstrap Music] is licensed under a Attribution-NonCommercial-ShareAlike 3.0 International License.