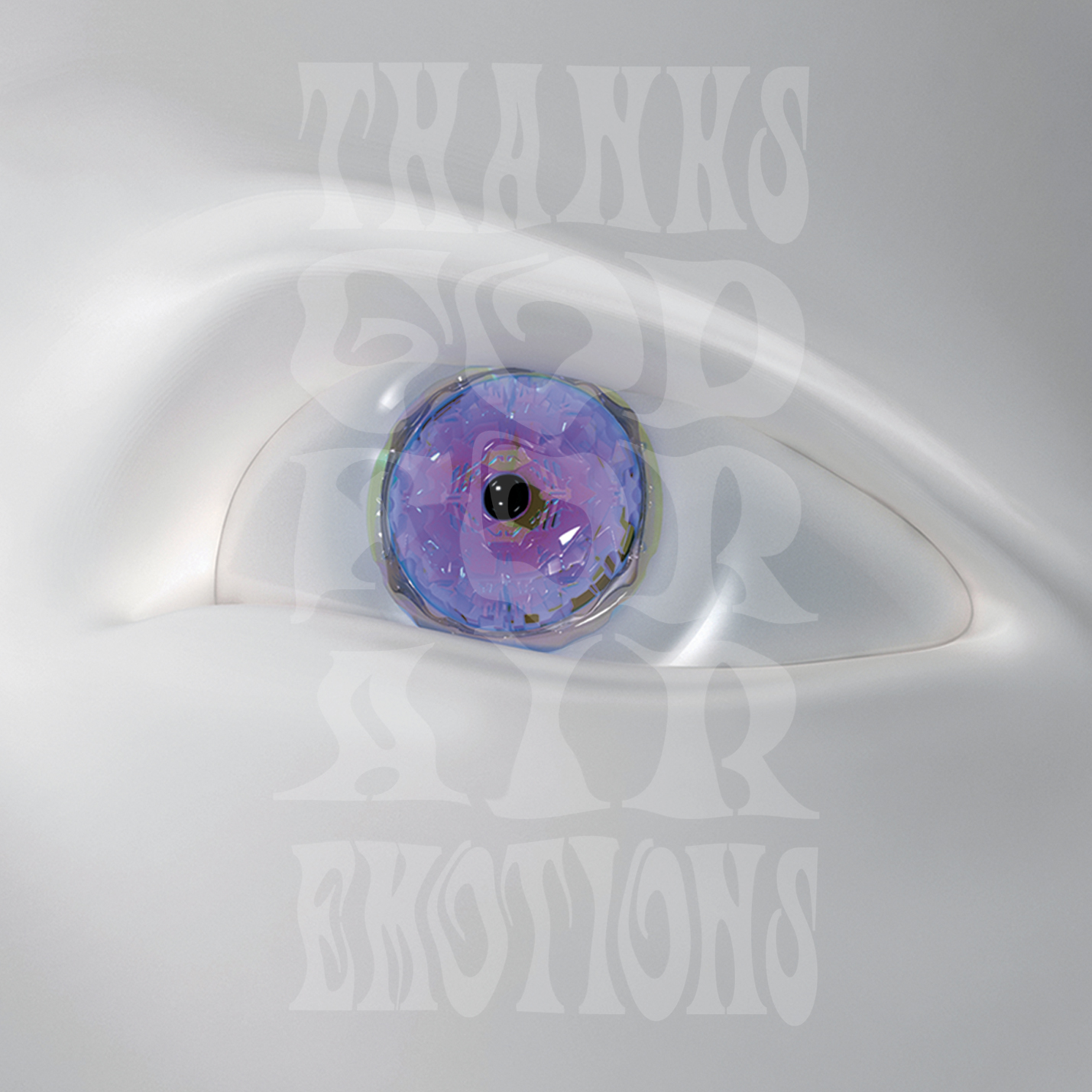 For its 40th release, Da ! Heard It went and got a creator of feelings who founds her music on the intimacy she builds with the listener. Tryphème is a painter of enchanting landscapes. From these territories that transport with a singular atmosphere rather than flashy colors, she fashions an environment into which one must blend. No sudden dives or sheer falls; this music’s charm comes from insinuation—an invitation softly whispered into the hollow of the ear. And here we are, with Thanks God for Air Emotions, in the middle of this unknown region, suspended by strings controlled by the Parisian woman’s delicate hands. We’ve known this power of seducation for two years already. Her first album, Online Dating with CPU Records, established the outline. It was the manifestation of an artist who is well-aware of the possibilities that musical creation has to offer. She navigated among the most subtle genres of this art of time and made herself the master of our emotions. Already. With Thanks God for Air Emotions, we reach the next level. Succeeding the innocence of the first opus is an album purified of all dispersion, focused on the listening of her feelings. These notorious “air emotions,” overflowing with useless affects, form a continuous murmur that is used as raw material for the production of her healing music. They are the soft energy that drives the turbines of a mutant IDM with evanescent voices and synthetic layers. Too easily would we ogle the English ambient masters of yesteryear, if it weren’t for Tryphème coming to add to it here and there her personal inspirations, where the culture of the perpetually learning artist, from hip-hop to new wave, mixes.The painting’s composition conforms to the hopes promised by Tryphème’s unique talent: a world beyond, formed by a power whose sensuality and mastery are formidable weapons. Thanks God For Air Emotions, Da ! Heard It Record’s 40th release, is distributed under a Creative Commons BY-NC-ND. The album can be listened to and downloaded freely at the following link: https://www.daheardit-records.net/en/discography/40

Wireless Tatoo by Tryphème is licensed under a Creative Commons Attribution-NonCommercial-NoDerivatives 4.0 License.