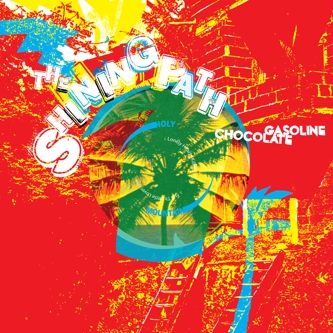 Chocolate Gasoline is the new 12-inch from The Shining Path. While their eponymous album exists in the world of post-SST black-clad psychedelia and noise, the group decided that they had gone far enough in said direction and realigned themselves.

Chocolate Gasoline has a less harsh demeanor, a la Accelerator-era Royal Trux if the Stones-meter was set a little closer to "Under Cover of the Night" than "Dancin' with Mr. D," especially on the opener, "Lonely Hearts Killer." The remaining tracks stretch out via influences ranging from hard dub, early PiL, no wave, block-banging hip hop, and kraut-dance/industrial, if one could imagine a version of Viva more about bikinis than white overalls. Nonetheless, all of this can be played with real instruments and "rocked out" in a live setting, which is what the group intends to do.

Lonely Hearts Killers by The Shining Path is licensed under a Attribution-Noncommercial-Share Alike 3.0 United States License.