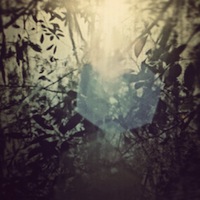 Instagr/am/bient is a response to that question. The project involves 25 musicians with ambient inclinations. Each of the musicians contributed an Instagram photo, and in turn each of the musicians recorded an original track in response to one of the photos contributed by another of the project’s participants. The tracks are sonic postcards. They are pieces of music whose relative brevity—all are between one and three minutes in length—is designed to correlate with the economical, ephemeral nature of an Instagram photo.

Agra by Simon Scott is licensed under a Attribution-NonCommercial-ShareAlike 3.0 International License.