You came this way: Home > Ergo Phizmiz > Neighbours > Trying to Be Peaceful


Trying to Be Peaceful by Ergo Phizmiz 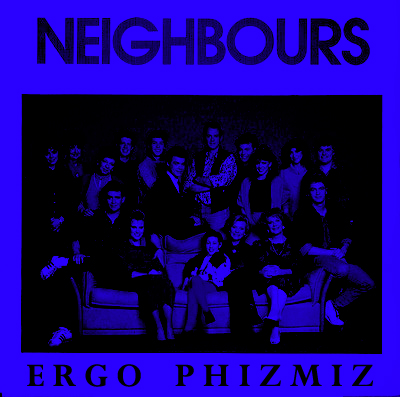 The result of increasingly frequent comings to verbal blows with intrusive and arrogant neighbours!

"Trying to Be Peaceful" is a general "bad neighbour" song.

"Old Chap" is for the old chap on one side.

"Turn It Down" is for the lady and gentleman on the other side.

These pieces will be playing on a regular basis in my living room over the coming weeks.

And, in solidarity with anyone else who has neighbours who disturb their peace with idiocy and condescension, I am offering to produce, free of charge, a custom-made song that you can play on a regular basis, just loud enough for the neighbours to hear the lyrics. Send a paragraph detailing your neighbourly situation, and what the problems are, and you, too, soon enough will have an Ergo Phizmiz song all of your own with which to do battle with bad, rude and miserable neighbours.

Send your paragraph to "info at ergophizmiz dot com"

» VIEW ALL“Trying to Be Peaceful” Fans