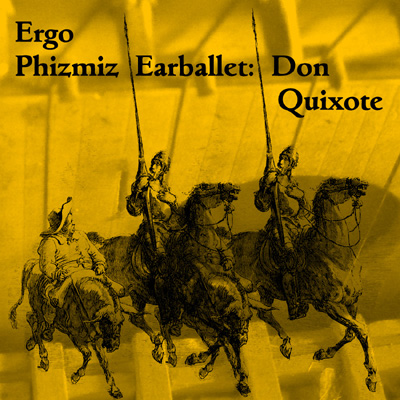 "Introduction to Don Quixote & Windmills" - We meet an old man, convinced he is a medieval knight errant.In the second part of the piece he does battle with a group of windmills, under the impression they are giants.

"Quixote Dreams of Dulcinea" - The Don daydreams of his divine lady, really a local peasant girl.

"The Golden Helmet" - Quixote hijacks and subsequently sports a barber's basin on his head, convinced it is 'Mambrino's Helmet'.

"The Cave of Montesinos and What the Knight Saw There" - After being lowered into a deep cavern, the Don experiences a vision in a dream meadow.

Field-Recordings by The Travelling Mongoose