You came this way: Home > Curator: WFMU > Deal The Villain 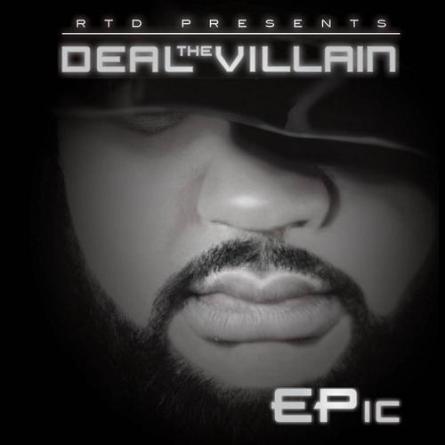 I was born in 79' the year "Rapper's Delight" dropped. Early on I would go to sleep and wake up 2 the radio of the early 80's. My mother would listen 2 music to start and finish her day. It would soon take place during all of mine. I truely 1st met hip-hop in 85'/86'. I was @ the babysitter's & I heard these melodic sounds coming from the basement. Turns out HER son was a DJ. Not anyone notable 2 u but the most influential person EVER 2 me. I would sit, watch & listen as he practiced, played, & made tapes. Run-DMC, The Fat Boys, Kurtis Blow, & even Richard Pryor. (Which I still play 2 this day myself!) I was bit, smitten, & it was rap! I liked the music, but was still taken by jazz early on. Once the connection 2 hip-hop was made (thanks later 2 Tribe) it became more dominate. I was mostly just a listener and not a consumer until Salt-N-Pepa, Kid-n-Play, Heavy D. ,(I still get called the overweight lover !)Kane, Kool G. Rap, Lyte, & well u get the picture. With any dough I got my little light skinned saugage fingers on, I bought a tape. If it was hittin' 2 me and it was hip-hop, I copped it. LP's, EP's singles, maxi-singles, remix, special extended version singles, I even copped the 1st "Originators" on 12" cause they didn't have it on tape. I only had the old school kiddie record player that came in the box, & could care less who that "other" guy was rapping with Jaz, I just knew I felt the beat. (But I still don't know who got me for the record 2 this day !) All those tapes and love for the beat would only lead me 2 my next progression. Pause tapes! (Some of my beats still sound just as crazy!) From there it grew 2 aspirations of wanting 2 DJ. Walking 2 & from school "air mixing", (I could put Omar Epps 2 shame.) u would swear I already had a set @ home. That and the fact that fact I had more headphones & tapes than your average middle schooler. Before then, me and my man had it locked. We would sell dubs 2 the other kids. (Man, if woulda known how big bootleging would a been, I wouldn't need distibution right now.) 2 B continued.... (via myspace)

You Can Contact & Inquire About Use of Beats With DTV @www.twitter.com/Deal_TheVillain 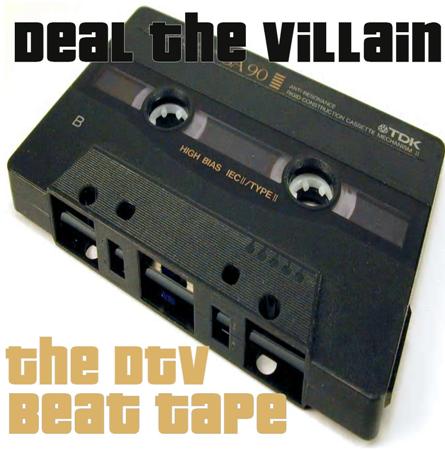