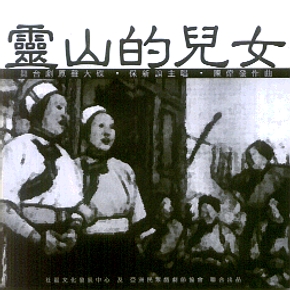 Composer Chan Wai Fat visited the minority tribes along part of the Ling Shan path, resulting a re-interpretation of two traditional folk songs and seven new compositions with a mix of native recordings. This album is a selection of songs from the play, sung by elderly blind folk singer Po Sun-yi. Sun-yi was born and raised in Guizhou. This is the same region of southwestern China where composer Fat visited the Ling Shan Path and where Shamanistic customs and traditions still flourish.