Rrrrrose Azerty is a French musician, music producer, recording folk, rock, classical guitar, but also noise and distortion. Rrrrrose Azerty has over 600 tracks uploaded under one artist page alone and is one of FMA's main artists sharing their music catalogues under CC0!

Rrrrrose Azerty is non-binary genderfluid and use she/her or they/them for pronouns. Vide was produced in a weird period for me, I was starting to understand my gender fluidity in non-binary and also participated in the French protest waves against Loi Travail in 2016’s spring. A lot of confused feelings, a lot of love to my comrades struggling. Some songs on this album are about those protests, some samples are from field recordings of those protests.

Vide was also one of the first albums where I was able to integrate pieces of harsh noise in my music. I was experimenting at my level with feedback loops on cheap mixing tables with effect pedals. A lot of the album is more of a noisy-rocky-industrial oriented, but I tried to mix harsh noise with classical guitar, another obsession. I’m a bit sad I didn’t try to do more of this kind of fusion of instruments. The roundness of the classical guitar and the harshness of the feedback loops, so sweet and terrible at the same time, total distorted chaos. What a beautiful feeling.

With time, I forgot about this album, but it was used in an RPG maker's video game, and I’m really happy it got to have a new life. I’m sure not a lot of people understand what I’m talking about in my French songs. But, hey, if I can spread my queer antifascist songs in heavy grinding role playing games all over the world, I won’t mind at all! - Rrrrrose Azerty Poupi’s Incredible Adventures ! is an album that I love from the bottom of my heart, one of my favourite of all the albums I recorded. My main inspirations for this album were the Rebecca Sugar’s cartoon; Steven Universe and the Toby Fox’s video game; Undertale. I recorded the 70 tracks in ten days. It felt like a long sugar rush, working on everything. At first, I was trying to imagine a soundtrack for a cartoon that doesn’t exist. After finishing the first track; Opening ! and adding the track; Run against the universe that I composed for an older game jam, I was thinking of creating an album as a soundtrack for a 2D game where you play a little dog saving the world from a really weird prophecy.

Two to three tracks later, I wrote the text in the description of the album to get a clear idea of the game, the game design, the story, and the list of the situations where a song would be needed. After that, I was able to compose everything. I already had the habit of composing very fast, and I was in a year of momentum and intense productivity after the 2017’s FAWM (February Album Writing Month). At the time, I was unemployed and excited to record new stuff. I just joined the Free Music Archive community, and was hyped to be broadcasted on the Liz Berg’s and Cheyenne’s WFMU shows. So this album came together really fast. I did some quick pixel art drawings to illustrate everything, and it was done. 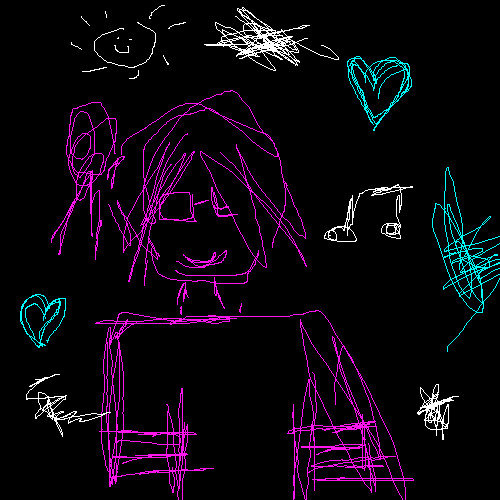 The FMA Team will be sharing short stories written by FMA Artists on their music journey. If you would like to share your story with FMA listeners, send an email to meghan@tribeofnoise.com