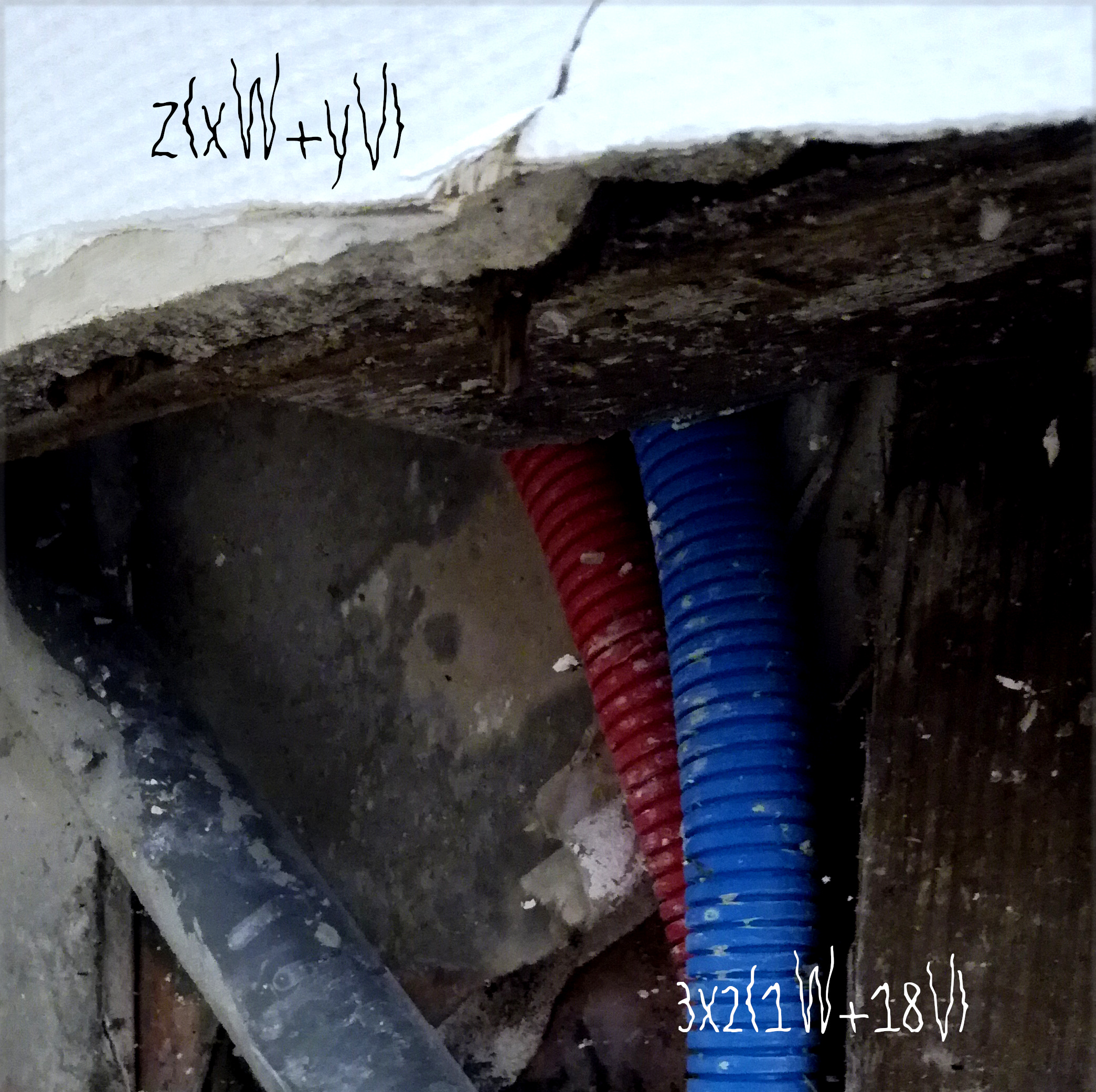 z(xW+yW) is a solo project of Kecap Tuyul started spring 2018 while experimenting different ways to generate low volume feedback with small gear : for instance with one contact microphone and one 1W battery-powered amplifier. It was initially thought as lo-fi version of Failure Circle‘s work with chaotic feedback system of the no-input mixer in a more portable way, but finally took a quite different direction, with a more tactile & acoustic dimension.

3×2(1W+18V) is the first published album of this project. It was recorded in june 2018 with lo-fi means (cell phone and a cheap digital recorder). Each track is a mix of 2 improvisations played with the most primitive form of z(xW+yV) : one contact microphone, one 1W battery-powered amplifier and to guitar effects (overdrive and equalization). The second album with feature only raw improvisations played on more complex versions of the set-up (with 3 or 4 amplifiers), like the latest samples posted on soundcloud.

Available in lossless formats (wav and flac) from archive.org.