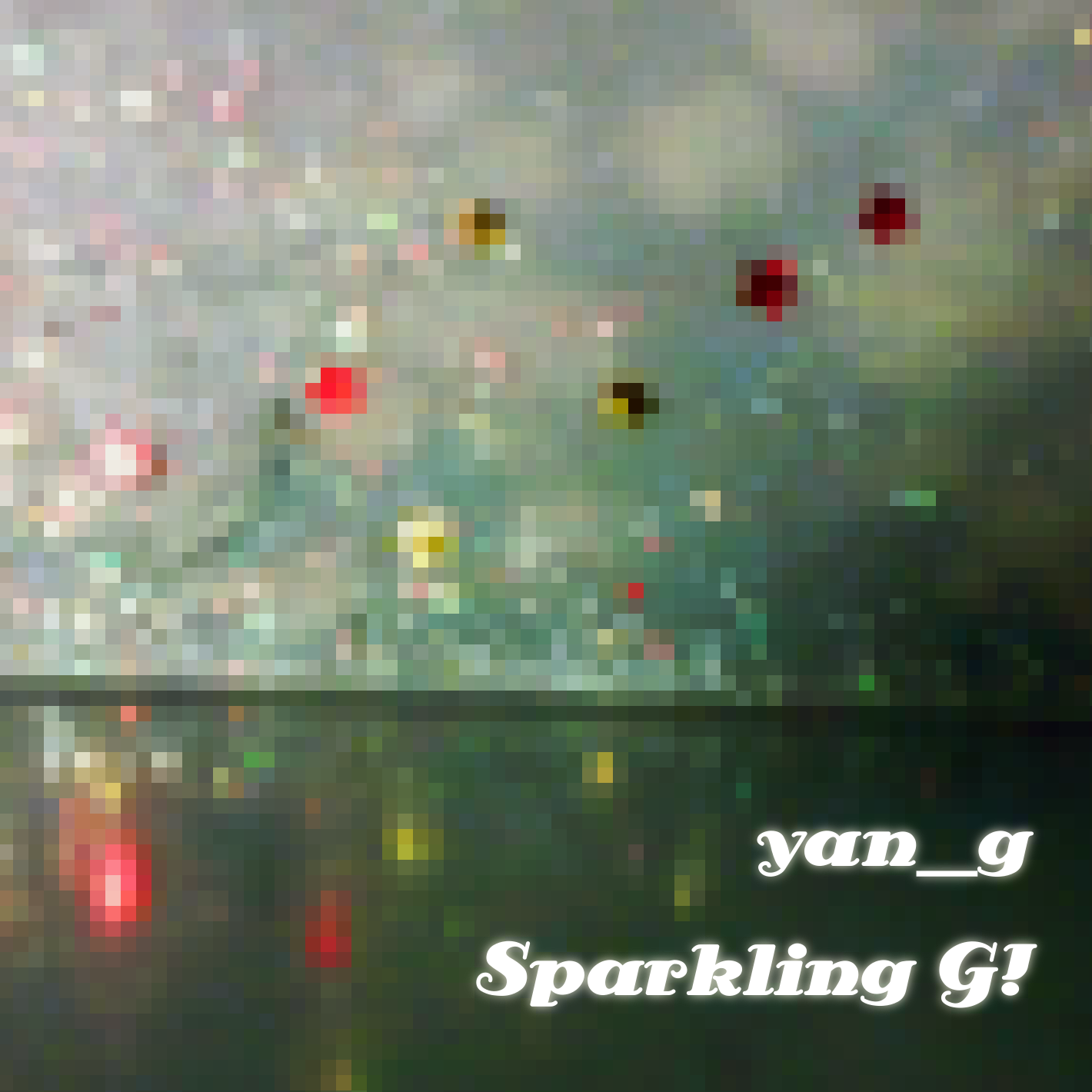 Sparkling G! is the latest album by French-based artist yan_g pouring down the genres Jazz and abstract Electronica into a coherent and universal music stream.

His own reflections on Sparkling G! album: „It is not a concept album”, there is no idea behind the music, there is no thinking involved! „I tried, as in most of my music, to put as much soul in it as I can. I always try to tell something coherent, realistic, even if I have no idea what it is.“ The major point of his music is to tell what can’t be told in words, to express what wants to come out, with very little control. „I would say that the only conscious input during my music making process is the attempt to make it musically universal; to give it a certain coherence. I make sure each track is meaningful to me, with the hope that it’ll be meaningful to someone else, too.“

Analyzing his own music and creation process, yan_g considers the lower frequencies as dark, and the higher as bright. „Which, I guess is universal because on many audio devices the boosting of high frequencies is called brightness.“ The sparkles he mentions in the title refer to that. yan_G tries to sculpt stars with the high frequencies, above a beautiful landscape made of bass and mids. Bright details that sparkle in your ear.

Besides the most obvious Plaid and  Squarepusher (Warp), yan_g’s major influences are Freeform (Skam) for the production and composition, Leila (Rephlex) for the soul, and LRAB (Audio Aubergine…) for the bright moments.