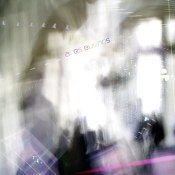 unfoundsound is stoked to present aires buenos -- a compilation of artists hailing from buenos aires, argentina. the idea came about while sean o'neal (a.k.a. someone else) was touring in south america during july/august 2005. sean was staggered by the amazing sense of art and community in argentina. he spent a lot of time with artists like barem and dilo, and they exposed him to a variety of argentinean producers who share a unique style of loopy, shuffly, experimental minimal techno. sean fell in love with the fresh argentinean sound, and he quickly proposed the idea of compiling a number of argentinean artists on one unfoundsound release. the end result is eleven tracks of dancefloor brilliance courtesy of dilo, seph, gurtz, violett, omar salgado and barem. of course, there are many other amazing argentinean producers. this is just a taste of what argentina has to offer -- particularly buenos aires.