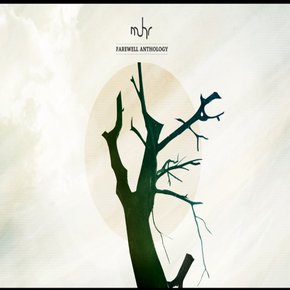 Muhr is Canadian Vincent Fugère, the man behind the influential Camomille netlabel and also the record label Apegenine. Sadly, some months ago he made the decision of focusing his efforts to other areas and the labels closed down. Muhr has released albums on several notable netlabels including 12rec, Serein and Miasmah. The new album carries the title "Farewell Anthology", which might signal something that could be interpreted as being the last Muhr album. But such artistic decisions are often not final, conditions and life situations change, but the desire to create music stays in you. Naturally, Muhr is warmly welcomed back any time. The artist's words: "This is an album about parting ways. A soundtrack to many goodbyes I've had to commit to and an ode to the tiny tragedies of life. As we all turn the page to a new chapter of our lives, some things need to stay behind." Track 9 is a remix of Entertainment For The Braindead "Colours".

Crier by Muhr is licensed under a Attribution-Noncommercial-Share Alike 3.0 United States License.