You came this way: Home > marcoerre

marcoerre (real name Marco Rossi) is a young fella that hails from northern Italy in a village near Bergamo (not far from Milan). In 2003, at the age of 17, he began working with sound after becoming inspired by dub, house and other forms of electronic music. These days, marcoerre is a master at slicing and dicing organic sounds and creating a mishmash of noisy textures that are playful, chaotic, dubby and groovy. His debut release is right here on unfoundsound. Soon after, he released on labels like nummer, tropic netlabel, and others. 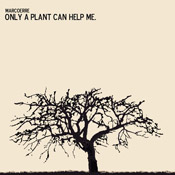 Only a Plant Can Help Me

Only a Plant Can Help Me