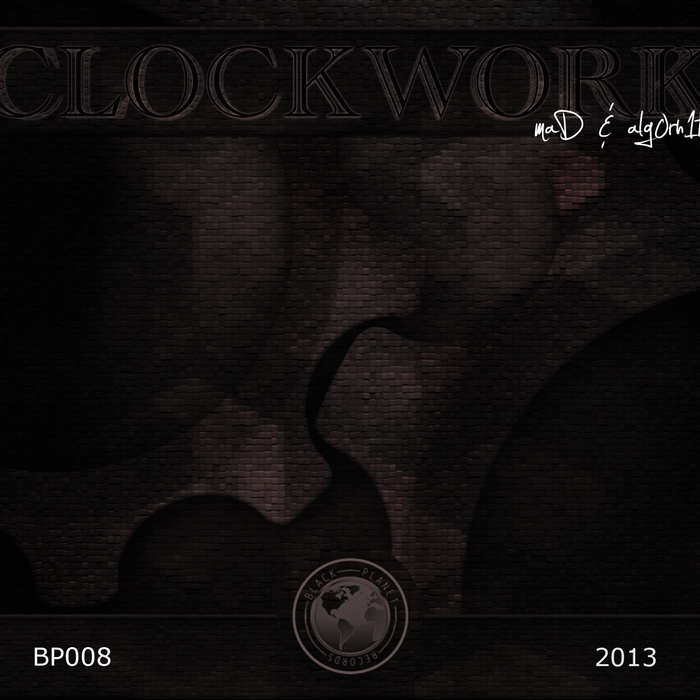 This album is the debut of the two Subotica based producers,
Rajcic "maD" Atila and Denis "alg0rh1tm" Glavcic.
Their first tunes were released on the "World is Remixed" compilation, also on Black Planet Records, so they decided to put together a split album, wich got the name "Clockwork", from their mutual tune, Clockwork (lol).

The first part of the album was mostly inspired by vintage science-fictions,and some prominent albums from the underground music history, while the second part was just popped out from the endless void of silence (it was kinda like the big bang).

They have a lot more ideas for the near future, so if you follow them, you'll be able to take part of their journey, as they dig deeper and deeper into underground sound textures.