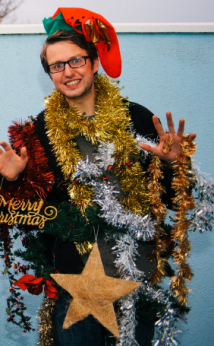 I got my comeuppance for going against CC, though. I didn't feel like doing the experiment anymore, and kindly informed the sync agency that I wasn't really feeling it anymore and would like to withdraw the music. At which point they told me that they owned the total rights to the music until the END OF THE UNIVERSE.

It kills me to think of some of my music not being under my control. Absolutely burns me. To ease some of that pain and to atone for abandoning CC, I've decided to make some more Christmas music. It will remain FOR THE DURATION OF THE UNIVERSE as Creative Commons music.

I'll be adding songs here as I finish them all the way up to Christmas.