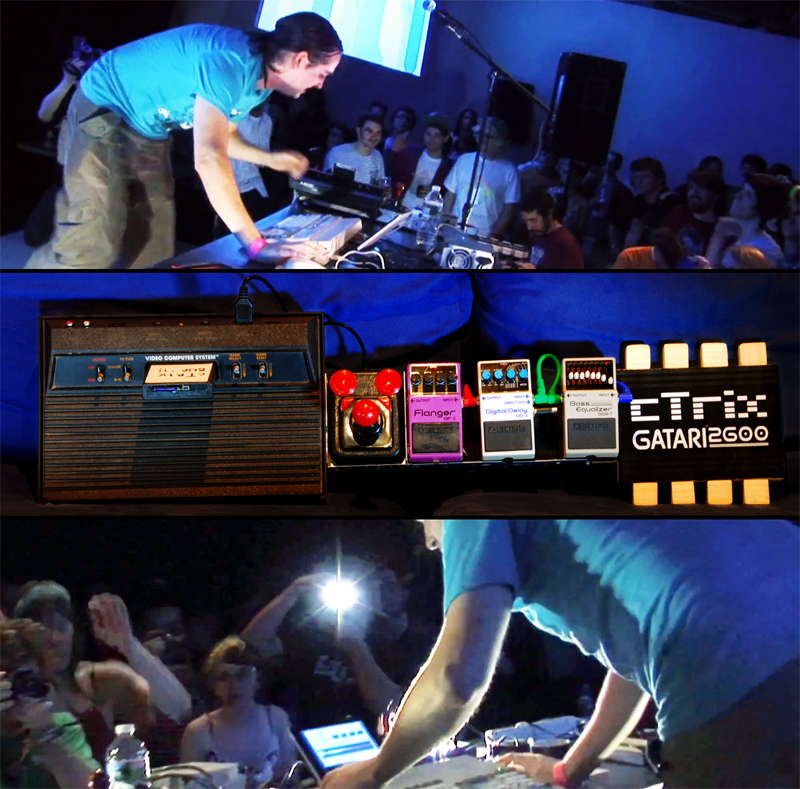 "It was the second night of Blip, I was the last act on, and already so many amazing sets had gone down. That’s the definition of being nervous right there!!  Especially when more than half the tunes you have planned are new and haven't been played in front of an audience.  But from the outset the crowd were amazing and from random crowd surfers landing on the stage to Luke (of Anamanaguchi) demanding an encore - it was one big party the whole time.  Most of this set is played from an Amiga 1200 booted up in Amiga 500 mode and all written for a 512kb unexpanded machine.  The third and forth tunes are played from an Atari 2600 strapped onto a guitar-style neck and run though a Bass EQ and old Boss Delay stomp box affectionately known as the gAtari!  The set ended when the crowd stormed the stage during the last song and subsequently stomped on the master XLR cables dislodging the earth cable and sending the stage into a buzzing chaos.  It couldn’t have been a more fun and spontaneous show!  Much love to the Blip orgs and everyone who came that night.  And for those that missed it, I hope you enjoy the energy and craziness that this recording managed to capture!" -cTrix

Blip Festival 2011-cTrix by cTrix is licensed under a Attribution-NonCommercial-ShareAlike 3.0 International License.
So far 0 comments about this album. Add your 10 cents!