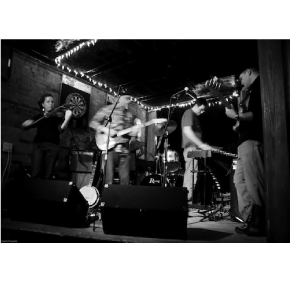 Closely Watched Trains’ broad influences and instrumentation work their way into a uniquely unified sound that runs the spectrum from distorted garage rock to orchestral quiet folk. Founded in the winter of 2007 by Jon Schlesinger (banjo, guitar, lap steel, vocals) and John Gage (drums, vibraphones, marimba, percussion), the two began recording half written songs and capturing ideas at Jon's garage studio. Citing influences from The Who, Ramones, Dylan, Sonic Youth, Television, Wilco, Velvet Underground, Miles Davis, Minutemen, among others, the two set off to create a record that would cite their influences but be a sound all its own. Sharing space between Jon’s garage where they tracked guitars and drums and Gage’s classroom studio, they wood-shedded their ideas down to an eight-song recording.

Seeking to fill out the band for shows, they asked friends John Leonard (bass, vocals) and Taralyn Bulyk (violin) to jam.  Soon, the band took hold as a quartet.  With this line-up, CWT cemented their sound. Leonard, having his own studio and an incredible ear for detail, was soon anointed engineer and mixer. He gathered up all the recordings and brought them to his Sonic-Bot Studios where he re-mixed them in their entirety, taking CWT’s sound and production to new heights. The songs were then mastered in Northampton, MA at Slaughterhouse Studios by Mark Alan Miller (Dinosaur Jr., New Radiant Storm King, The Pernice Brothers). The result was a sound familiar yet impossible to define with genre tags alone…an aural landscape--pastoral and surreal--that is easy to get lost in. 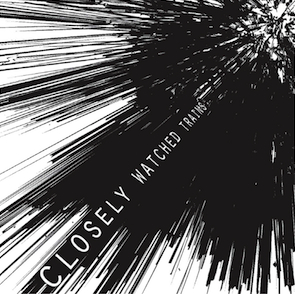