Ukrainian DIY avant-garde/free improvisation project Рясне 2000 (pronounced "Riasne Dva Try Nulya") are Andrii and Zoia Kosmohunaiski, with additional guest players. A & Z are as much concerned with eating walls (and squeezing & crushing plaster off it between their teeth) as with anything else. Рясне 2000 are pro-sports, pro-sex (kind of) and pro-Geek-Catholic-liturgy. Рясне 2000 stem from Sykhiv, which is yesterday's Lviv of trees now reborn as Pendulum Neo-City = 0. P2000 are young and old, bodily varied, and they are self-professed and self-processed exorcists. "To waste with your wasteland!" could be their motto. A & Z concluded that 2009 was just the right time in Sykhiv to form a group with "2000" in the title. 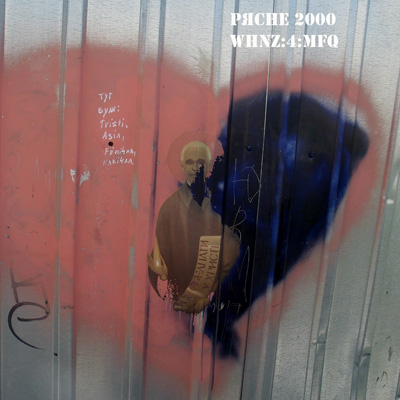