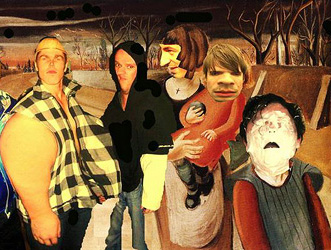 WON JAMES WON is a sort of creative laboratory which is run by a medley of absurdist chaos. They have got Tikhon “Hee-Haw” Kubov (of JAZZLOBSTER, I.F.K., WOMBA, etc.), Danila “Muscular” Smirnov (of KIRPICHI, PRAVDA, SPERMADONARZ, MUX, etc.), Ivan “Mandwill” Ljudewig (of KIRPICHI, PRAVDA, etc.), Alexander “Edward” Telpook (of MUX, PRAVDA, etc.), and uncertain number of associate-minded communards on board. There are some confusing things to know about this formation. The first one is that all musicians have a permanent job in nationally acclaimed professional rock-groups and, in certain respects, are parts of the Russian show-business. The second fact is that not only all of them live in accordance with concert-schedules of the corresponding groups but, moreover, they live in diverse cities, Moscow and St. Petersburg. Still and all, WJW feel and act as a single whole organism making rare but regular stage appearances, studio sessions, and album productions.

WON JAMES WON is a major creative act of the ZveZdaZ art-movement. Some skeptics may argue that this is nothing more than another side project compiled by the popular musicians who got tied from public expectations, engagements, restrictions, limitations, etc. It’s not unlikely, but don’t expect to hear them intelligible or fashionable. WJW touch upon almost every musical style imaginable and cynically perverts everything in their own infinite manner. Defiant freaks of noisy rock-instrumentations, sampled electronics, wild vocalizations, ambiguous texts, eccentric shows – you can’t puzzle out what they meant till the last drop – this is the best experimental rock music ever produced in Russia! 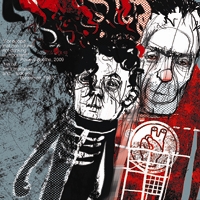