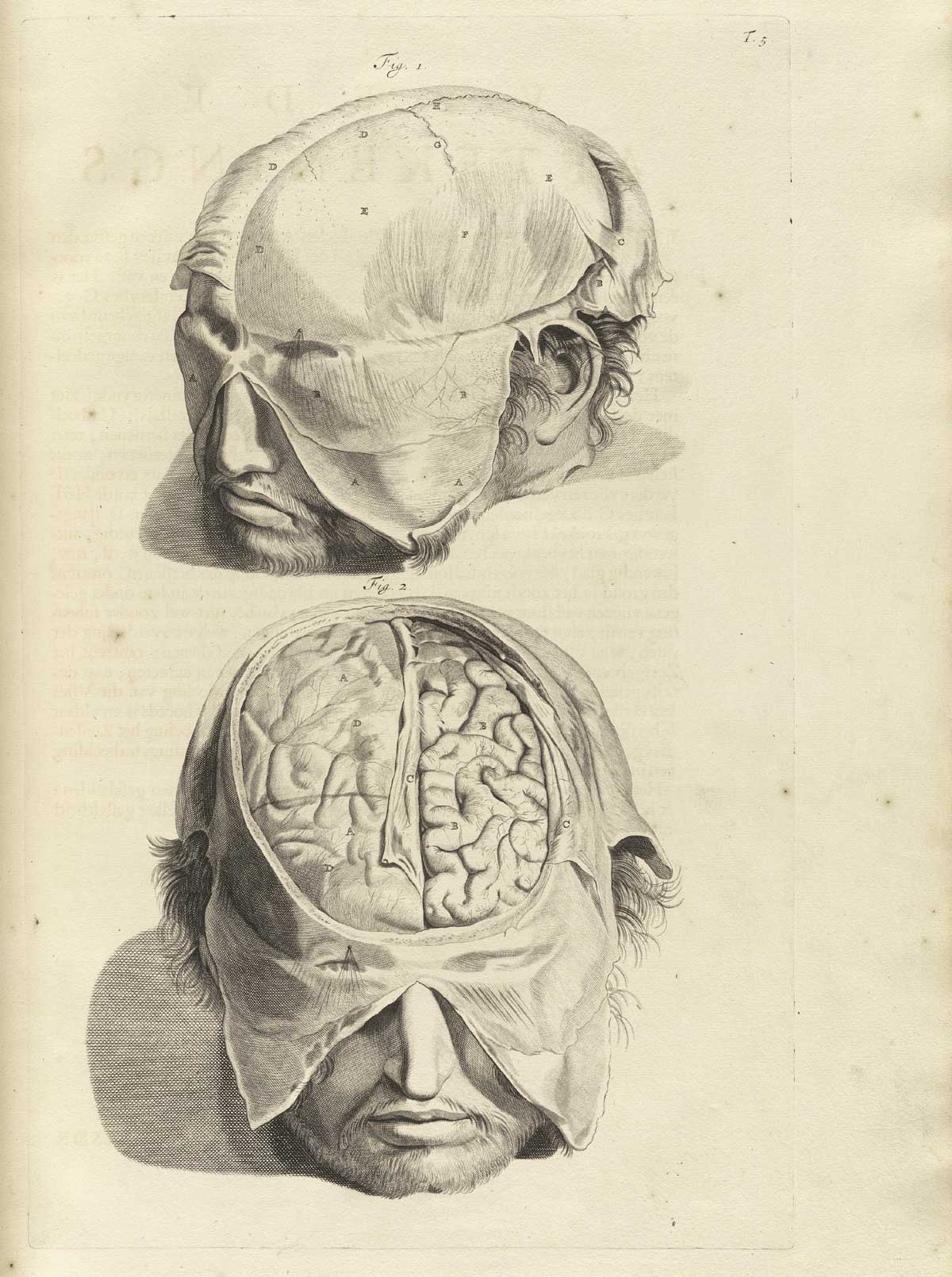 This incarnation of Alien Pornography was Mikey Ovum and William Hellfire.  “Red hands” was intended to be for the soundtrack of a modern day ‘Jack the Ripper’ feature which never materialized. “Red Hands” may have appeared on one of the many Factory 2000 feature soundtracks.  Inspired by Goblin and Keith Emerson’s Italian horror film soundtracks this ‘spook-prog’ recording was a melding of overdubbed improvisations that were sped up in mix down.

2 Tyrannosaurus Dracula “Upside-down Stars” from the “we’re Gonna Get you” Electronic Comp.

Affectionately known as T-Drac; A molten melding of Acid Rock and Punk: Blue Cheer, Pentagram VS Black Flag, Birthday Party mixed in a rusty bathtub with beer, sloppy prog-rock and cheap magic tricks.  A Pre-DNA testing free love testament, “Upside-down Stars” is serial killer conquest fantasy sleaze with the only threat of sloppy seconds coming from the coroner himself.

Named after a three headed space demon and modeling their music after its spastic gyrations, basement brand punk noise prog-rock King Ghidorah! Spit out this haiku for Yokio Mishima.

Hellfire solo effort recorded with homemade drum kit of pots and pans from Salvation Army, mixed with a towel covered glass bowl as the “high end” percussion instruments. A stretched canvas laid out over a pair of sneakers with a radio shack microphone underneath it as the bass drum.  Overdubbed with bass, guitars a little key board and scratchy vocals through a forgotten Boss distortion stomp box.

A concept EP revolving around “the first band to play on the moon”.  The first song 'Jet' performed on the departure tarmac, the second song ‘The Rocket' featured here performed under the roar of the rocket engines during the trip to the moon and the remaining songs performed on the moon.  Though the band never left the basement it is clear that all involved did not have their feet on the ground through this entire session. All the tracks on this recording were improvised on the spot and under the manic influence of multiple tabs of LSD 25.

The Night before this recording session Gerbil Church played a show at Escapades in Jersey City.  The first and only ‘Club Appearance’ for this band.  Eddie Blade made a guest appearance playing harp and delivering a Birthday Cake (on stage) for Scottie’s 20th.  Later that night, intoxicated by the ‘spotlight’, eyeing a handful of possible groupies in the parking lot while trying to navigate Billy Lewis (a white Chevette) out of a particularly tightly squeezed space, Scottie scrapped a yellow VW Beetle.  Hyped from the rock ‘N’ roll and complimentary soda pops, a minor panic ensued.  I, sitting in the passenger seat and only witness, opted for ‘outlaw statues’ and together we decided to ‘high tale it outa there’.  The scrape being so minor the incident left my mind as soon as we left the parking lot; perching quietly in Scottie’s subconscious, waiting for the right moment to swoop in and strike.

The next morning round 9 a.m. Eddie, Todd, Scottie and I, dropped multiple tabs of LSD and set up for the usual Disco Missile recording session.  Our friend Julie showed up to take the plunge and sing backups.  A wider dynamic than the usual three-piece, having five people coming up on an L.S.D. rush while trying to orchestrate a recording session.  To add to the confusion there were hot open mics in the room to capture multiple vocals and tambourine playing, a live guitar amp used to preamp out into the 4 track in attempt to create more separation and get an authentic less ‘flat’ or ‘direct’ sound.  Tim also brought his home made synthesizer which was a busted 8 band stereo EQ which now gave off a reference tone which could be manipulated with the EQ faders.  After an hour of set up we blew through the first improvisation JET which was an immediate hit as we listened through headphone playback.

Before hunkering down to record for hours on end we decided to take a quick walk outside.  It had snowed a few days before but the weather was close to sixty degrees.  The sun was out and the snow was melting away, everything was glowing outside.  I thought it would be funny to commandeer a frozen trout that had been stuffed at the back of the freezer for the past year; the perfect prop for a stroll down the street.  I also put on a pair of swirly eyed glasses, my hair was bleached, scraggly and dyed green and my jacket was a vintage pleather long coat that looked as if it had been run over by a mac truck on multiple occasions.  My pants were plaid.  I took one look in the mirror and became the ‘fish mischief man’.  Halfway down the street I could sense Scotty getting a bit freaked out as if our grab ass monkeying around was attracting attention, though nobody was really out and about.  We all decided it best to go back inside and finish recording so I chucked the frozen fish in a neighbor’s open pick-up truck bed (surprise for later) and went inside to change my wet socks.

After what seemed and eternity trying to figure out how to navigate my sock draw and then re-apply sneakers; I realized something was amiss.  Scotty was freaking out about something and Todd was trying to talk him out of his newly climbed tree.  After some confusion it was determined that Scottie thought our little tromp down the street had alarmed the neighbors; they knew we were drug fiends and had been on their porches dialing the police  ….also being Scottie hit that car last night the police were looking for him.  Scottie had “THE FEAR”; that disjointed other worldly panic that had no holdings in the realm of logic, which lived only in an alternate reality of waking nightmare apparitions.  Joking around with Scott we concluded that we had better head to Mexico right after the recording session.  Scottie believed we had to leave NOW.  Finally Todd talked him out of it, but then said something like if something was going to happen it would have happened by now, and then started blowing a trumpet.  Scottie’s FEAR came back.

The real ‘mischief man’ in this equation was Tim; he hit record and lit up the room mics as soon as Scottie hit the fan.  Part of the freak-out appears before “The Rocket” track which is the second track on the tape.  This acid test recording comes after a Buck Rodgers sample, appropriately because Scottie boy had left the planet!

You can hear the gibbering electric madness in Scotties delivery both on Jet and The Rocket.

The Rocket was mixed live by a ‘peaking’ Eddie Blade, who with all the cacophony in the room couldn’t quite balance the ‘synth to rest of band’ ratio and basically drowned everything out creating a massive explosive psychedelic romp.  During playback it was decided that the bad had recorded a ‘trip to the moon’ and there was a song being played under the roar of the rocket engines.  Hence the space travel and concert concept was born.    – William Hellfire

Mary’s Song became The Starlets which became Starless and then Smokestack all having one thing in common and that was the always progressing writing styles of T.S. McBride.  It was always a pleasure juxtaposing Tim’s esoteric feathery music ha d a sadness to it which lent itself perfectly to the frenetic violence and cruelty of horror cinema.

8 Gerbil Church “You Got Your”

A duo of vantage guitars and vintage reverb style. No bass, no drums, in their place; super 8mm travel films and a handful of lamps with colored bulbs. “coupe de grace” was engineered by Disco Missile's 4tk genius and mad scientist EDDIE BLADE.

A favorite amongst the tail end of Severed Lips Recordings working years.  Smokestack performances were the shining star above a sinking ship.

Alien Pornography was the M.O. for all improve side project bands usually designated for noise encores at live events, impromptu band-less recording sessions or soft core sex horror film soundtracks.  This particular track was lent to the feature NUDE STRANGLE, recorded on the spot improve no pre planning, once the microphones were set the band played on the one - two - three and out spirt this track.

Side Project with members from King Ghidorah!,  Mono Ovum and The Starlets.  With a love for Birthday Party, Jesus Lizard and Pussy Galore; Dynomite Cat (the only girl fronted band from Severed Lips Recordings) pumped out a Cassette “Little Weirdo” two tracks for ‘Primateen Mist kills Supermodels” and a track ‘Crawl’ for Psycho Sisters ’96 soundtrack (which was never used) and only in 2011 showed up on ‘The Bughouse’ internet Mix (and now all studio tracks are here on FMA!). The song ‘code word machinegun’ was later used (instrumental) for the soundtrack of Duck! The Carbine High Massacre (1999).

12 Squelchers “Dig it or Walk” from the “Duck! The Carbine High Massacre Soundtrack”

Severed Lips recordings/factory 2000 were featured in Bob and Linda’s BB Gun Magazine.  Bob, Linda and Jerry were gracious enough to lend their talents to create this sexy track (which Linda recorded vocals for in her home shower!) and was used for a topless gas mask clad gun dealers modeling show in the movie Duck! The Carbine High Massacre!

Upsidedown Stars (2007) by Tyrannosaurus Dracula is licensed under a Attribution-NonCommercial-NoDerivatives (aka Music Sharing) 3.0 International License.
For more permissions:
contact artist