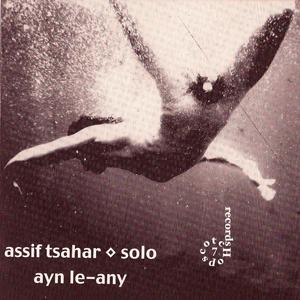 Freestyle solo saxophone albums are rare, but hardly a novelty, and there have been excellent ones recorded by, among others, Peter Brötzmann, Anthony Braxton, and Evan Parker. Assif Tsahar can be mentioned in the same breath as these giants, as he has grasped the technical difficulties and idiosyncrasies of his horns and absorbed the aesthetic to which he aspires. The end results, as displayed on this album, are solid and exciting, and although they do not break new ground, they are in a sense an initiation into a higher realm for the Israeli-raised artist. A full-length solo album is a difficult, demanding endeavor, as the performer must continuously come through with new ideas. Tsahar performs admirably in that respect, though, to be sure, it is difficult to listen to almost any single performer alone for an extended period, and Tsahar is no exception. Most of the recording is void of extended technique, or at least innovative extended technique, but Tsahar's ability to sustain lines and to avoid repetition for long periods is an admirable feat. Those who particularly enjoy the sound of the freewheeling avant-garde saxophone will not be disappointed with these three meaty improvisations. Others who are attracted to the saxophonist's booming sound might wish to try some of his other albums in which he leads groups of varying sizes.

by Steve Loewy for allmusic.com

Part 2 by Tsahar, Assif is licensed under a Attribution-NonCommercial-NoDerivatives (aka Music Sharing) 3.0 International License.