You came this way: Home > You Are Not Stealing Records > Transmitters > Count Your Blessings (198… > Count your blessings 1


Count your blessings 1 by Transmitters 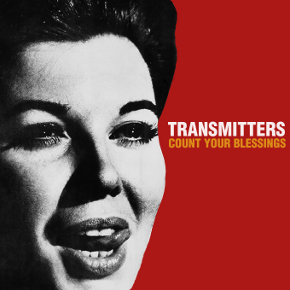 The Transmitters were a British alternative rock band active during the late 1970s and throughout the 1980s. Mixing elements of punk, jazz and psychedelia, the band were critical favourites throughout their lifetime and played support slots for a wide variety of underground and mainstream bands, although this did not translate into substantial commercial success.

The Transmitters are also notable for featuring future members of Loop Guru and Transglobal Underground and for sharing two members with cult pop band Furniture, as well as a guest stint by Glaxo Babies vocalist Rob Chapman. Their sound was compared to (among others) The Fall, XTC, Gang Of Four, This Heat and Magazine.

Count your blessings 1 by Transmitters is licensed under a Attribution-NonCommercial-NoDerivatives (aka Music Sharing) 3.0 International License.