One gets the sense that, while they might not have seen Robert Johnson make his bargain with the devil, they may have been around when the deal went bad and debts were collected. Trailer Bride is the band for the tragic, flawed figure in all of us: reaching for the heavens while keeping one eye on the gutter.

The spookiest band we know about. Southern, and we mean Southern, to their core, Trailer Bride can hypnotize with their songs of sex, death, sin and redemption, or, if that fails, they can bring the house down with their wicked slide-guitar mojo abandon. They come from a land full of snakes, ticks, chiggers, stultifying heat and humidity—all sorts of flying and crawling things that will bite you if you let yourself get too dreamy and unfocused. You even have to keep your eye on the plants; they have Venus fly traps and poison sumac and oak and ivy. Given such an environment, it’s no wonder that Trailer Bride move at their own pace, that their songs weave wearily and warily through the woods, and that they somehow recreate the sound of sweat rolling down a glass of iced tea, or of a vine creeping up the leg of couch left out on the porch.

Fronted by the enchanting Melissa Swingle (who now fronts the duo The Moaners), her enticing drawl beckons listeners to set a spell while she spins yarns about the ghosts in the trees. Live, she will charm you with her endearing, spastic, arrhythmic dance she does when her eyeballs are rolled up in her head and she's ripping off one of her idiot savant guitar solos. Other guitars wash over you with their ample re-verb and echoey howls from deep in the pines. Handyman Daryl plays his bass like no one else and keeps the whole woozy wagon on its own path.

We've never heard anything quite like Trailer Bride; we think you'll agree. Their sound is utterly their own. It is of the earth, totally organic and unschooled. Our descriptions are but pale attempts to capture the uncapturable. Give the Bride a try. 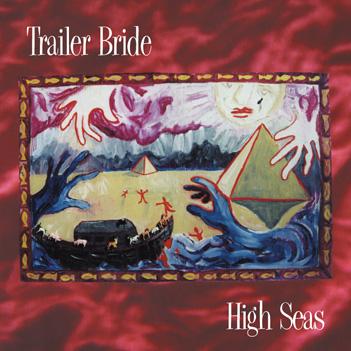 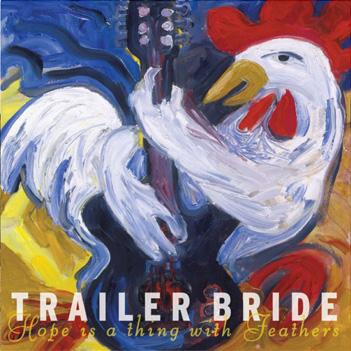 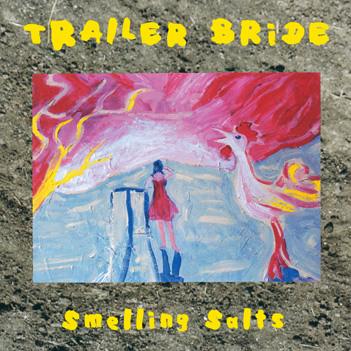 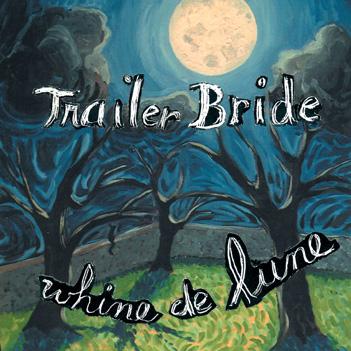