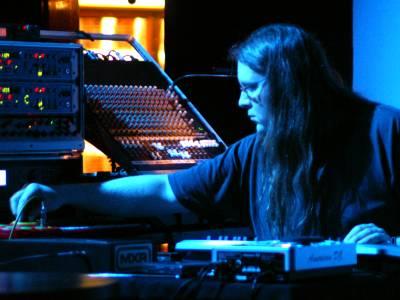 Electronic/noise musician Thomas Dimuzio has been active since the late 80s. As an engineer for his own Gench Studios, Dimuzio has helped produce recordings by the likes of Isis, Negativland, and People Like Us. And his penchant for live sampling makes him a favorite collaborator for artists ranging from Chris Cutler to Matmos to Wobby. He is a well-respected musician in his own right, and has posted many audio samples on his mp3 page and concert archives. In 2002, he released a double CD of live performances -- half solo and half collaborative -- aptly titled Mono :: Poly (Gench/Asphodel).