Street Noise by These Guy 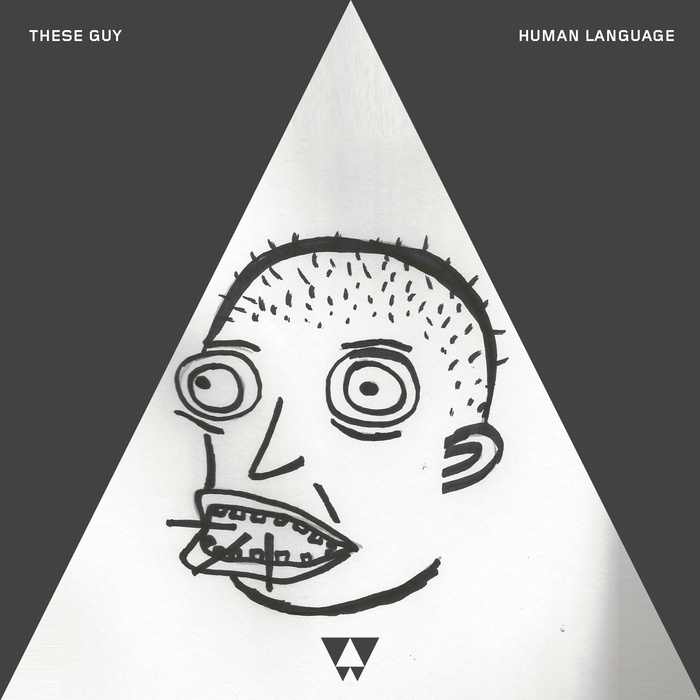 “The Human Language EP was recorded in a highly fragmented way mainly between March 2013 and April 2014, and consists of recordings of the sounds I was living in close proximity to at the time. I’d just moved to an industrial part of Brisbane from a regional Qld town, so I was thinking about my new situation and having negative stuff going through my head all the time, as you do. I felt disconnected, alone, sincerely unable to relate to anyone, all that jazz, and I was deep into a krautrock obsession so all shines through in the music.

“It started at my friend James’ house when I recorded a 14 second snippet of nondescript weirdness that I called “human language”, and I never knew what I wanted the phrase to mean until I was reading a paper on a newish form of therapy called Acceptance and Commitment Therapy, which postulates that: “the root of (all psychological) suffering is human language itself. Human language is a highly complex system of symbols, which includes words, images, sounds, facial expressions and physical gestures… (and its) dark side … is that we use it to … dwell on and ‘relive’ painful events from the past; to scare ourselves by imagining unpleasant futures; to compare, judge, criticise and condemn both ourselves and others; and to create rules for ourselves that can often be life-constricting or destructive.”

Street Noise by These Guy is licensed under a Attribution-NonCommercial-NoDerivatives (aka Music Sharing) 3.0 International License.