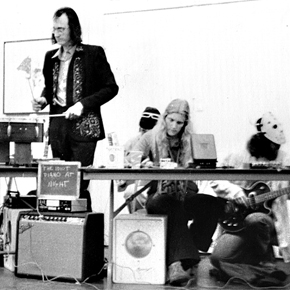 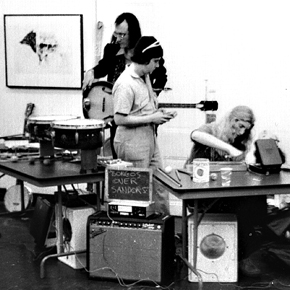 ...photos of Vampire Cows at a VCU Anderson Gallery opening performing "Idiot Piano at Night" and "Bongos over Sandors". Billie Burke in Jumpsuit, Bonnie Biggs at Idiot Piano on table, Bruce Cooper is on bass wearing a hockey goalie mask under the table, yours truly in sparkling tux on bass & drums . The Vampire Cows cut on the [Artifacts] sampler is definitely one of the more challenging and least musically accessible. Kinda like a David Lynch soundtrack to a torture scene shot in a bowling alley.

From Phil Trumbo (the tall guy), who's an animator in Seattle and used to work on "Peewee's Playhouse" 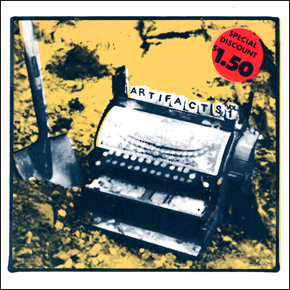