You came this way: Home > The Prefab Messiahs > Keep Your Stupid Dreams A… > Bobb's Psychedelic Car 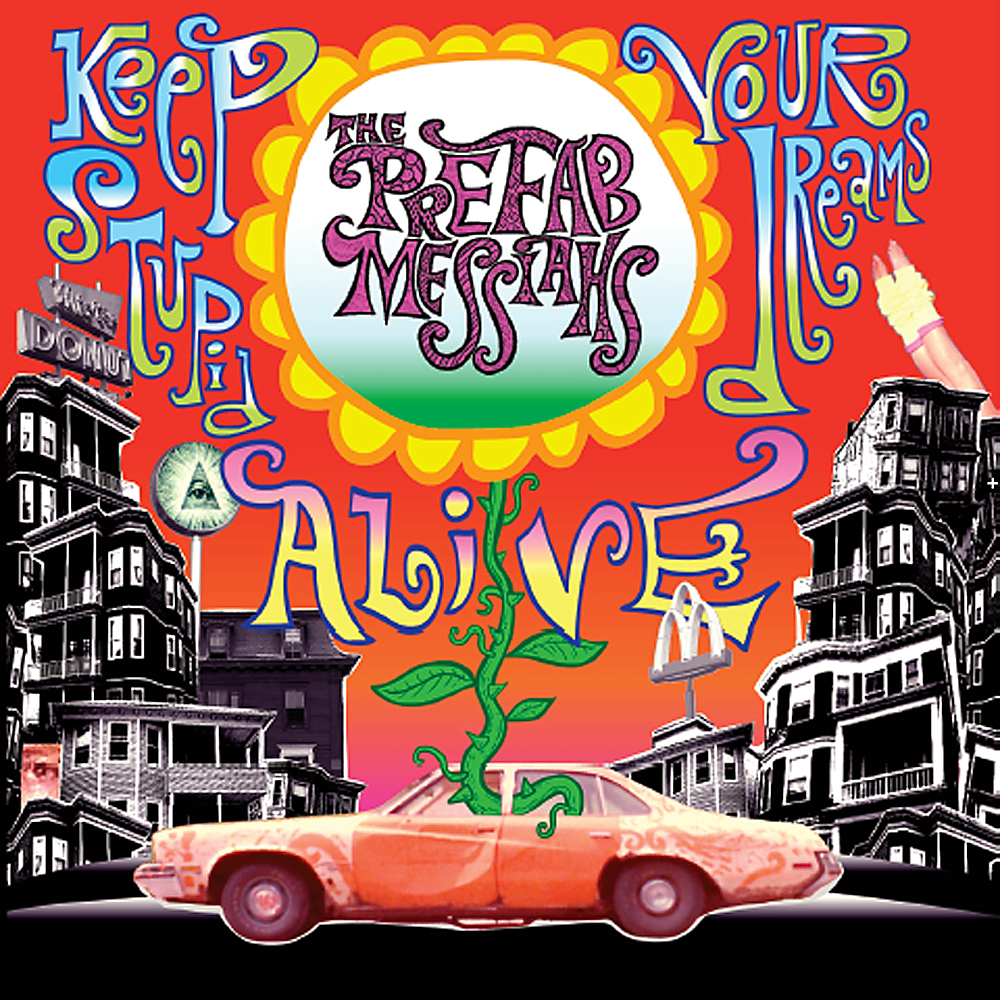 Energized by a shockingly great 30th Anniversary mini-tour, wiggy art-punk popsters The Prefab Messiahs have cooked up their first new audio hi-jinks since originally disbanding in 1983(!). Keep Your Stupid Dreams Alive  ─ a co-release between BURGER Records and KLYAM Records ─ is a solid garage-psych-meets-power-pop slam.

The Prefabs defiantly pick up where they left off and go Way Beyond, connecting-the-dots to 'THE NOW' for anyone who has been intrigued by their prophetic proto-lo-fi garage-psych-pop sounds!

This new batch of songs etches a loose "Siddhartha"-like trajectory—partly inspired by the band's early experiences—of a desperately idealistic journey from suburb to school, forming a band, encountering life’s pratfalls, and finally—battling disillusionment and self-doubt—gaining enough insight to keep dreams alive in a messed up and uncaring world. Dig?

The sessions were captured by ace knob-twiddlers Doug Tuttle (ex-MMOSS, now solo on Trouble In Mind) and Jesse Gallagher (recorded Quilt's 1st LP for Mexican Summer). The final mixes were conjured by the band themselves, and Burger's mastering guru Patrick Haight applied the final happy-glaze.

The crazy dreams encapsulated here all conspire to live on timelessly, even without pausing to take heed of the title track’s mischievous prodding.