Monkey Trick by The Jesus Lizard 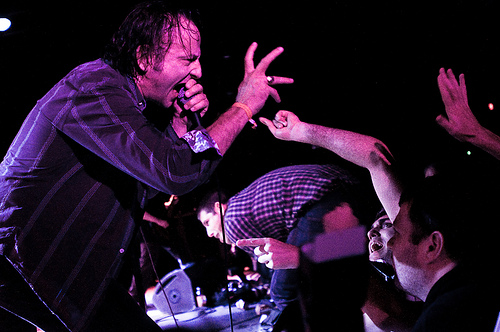 Chicago post-punk legends The Jesus Lizard reunited in 2008 and performaed at May 2009's ATP vs. The Fans II: The Fans Strike Back in Minehead, England along with the likes of Devo, Killing Joke, and Sleep.

On the eve of 9/11/2009, The Jesus Lizard took the stage at the Stardust Ballroom in in Kutsher's Resort for All Tomorrow's Parties second annual New York festival. It was a blistering set of sharp-edged classics like "Mouth Breather", "Seasick", and even their Chrome cover (originally released on a Touch & Go 7''), and "Monkey Trick" which can be heard here on the Free Music Archive. The whole night, it felt like David Yow was gonna take his shirt off. He came very close, but the shirt stayed on.