You came this way: Home > Curator: RAIG > The Grand Astoria

THE GRAND ASTORIA was formed in April 2009 by guitarist and singer Kamille Sharapodinov from Saint-Petersburg. His previous band, NEVERSMILE gave him lots of live gigging and studio recording experience. So, it took his new band only a few months to produce the debut eponymous album and win the audience in both Russian capitals with explosive, loud and fuzzy music which they billed as "stoner punk". 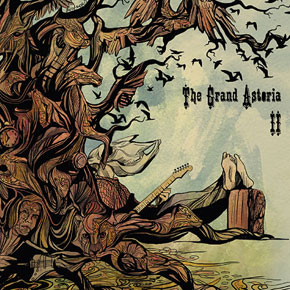