You came this way: Home > Curator: WFMU > The Good People 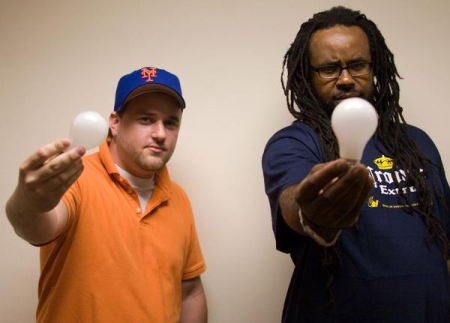 In 2005 Super Producer/Emcee Saint and highly respected world renown Emcee/DJ Emskee joined forces to make The Good People. Both New York Natives, Saint from Long Island and Emskee from L.E.S. came together with one goal in mind... Make quality Hip Hop with meaning and intelligence.

Emskee is a Veteran in the New York City DJ scene. Over the past 2 decades you might have heard him spinning at places such as APT, Joe's Pub, Coffee Shop, Black Betty and many other well known spots throughout NYC. He is also known for his DJ residency on the legendary Underground Railroad Radio Show on WBAI 99.5. He is the creator and host of the bi monthly "Rare Radio Show" which has become a legendary radio event in its own right. For years he was heard rhyming on promos for DJ's such as Funk Master Flex and Wendy Williams with his then producer, Nick Wiz. He had put the mic down for years until he met up with Saint and resurrected his emcee abilities.

Saint got his start in 2003 at Brooklyn based record label Seven Heads where he released his first album Grown Folk Music. Since then he has gone on to produce and collaborate with artists such as J-Live, Wordsworth, El Da Sensei, Mr. Man, Grap Luva, Unspoken heard, Kon and Amir, Zimbabwe Legit, Cadence, Breez Evahflowin, C rayz Walz, Prince Po, Vinia Mojica, Mr. Complex and the list goes on. In 2008 he released his second solo effort "About Time" on Pro Se / Domination recordings.

Over a 4 year period The Good People have released 2 full length albums, An EP, 5 singles, and numerous guest appearances on other projects. All which happen to be over seas releases in Europe and Japan. Hard to believe after all the success, The Good People have never released a single piece of music in the States....until now. Finally The Good People have come home with there first State Side album "Home Coming". A collection of their singles and best tracks from their over seas releases along with 5 never released tracks. Finally hear what you have been missing with special guests such as Prince Po, Cadence, Kool Kim, Dumi Right, Oktober, Mr. Man, Dr. Becket and others. 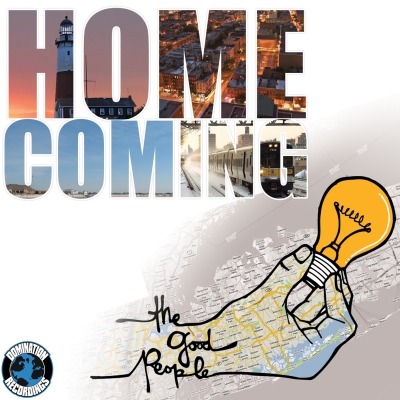