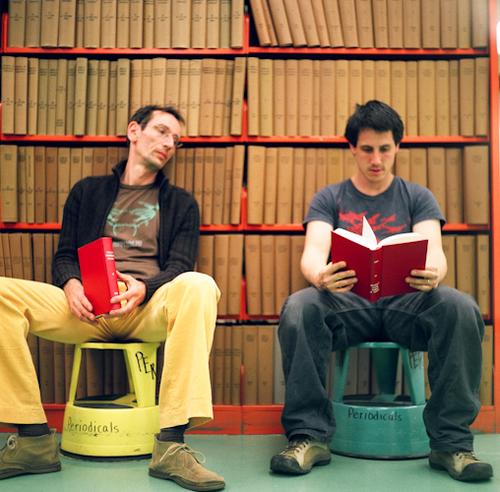 Nick Zammuto and Paul de Jong formed The Books in 2000 while living as neighbors in Manhattan. Nick plays guitar and Paul plays cello, and they play a combination of electronic music and folk, typically incorporating samples of obscure sounds and speech. They’ve released three full-length records to date: Thought for Food, The Lemon of Pink, and Lost and Safe, and a few other singles and EPs. An upcoming record – The Way Out – will be released in summer 2010.