You came this way: Home > Curator: Newtown Radio > The Beets 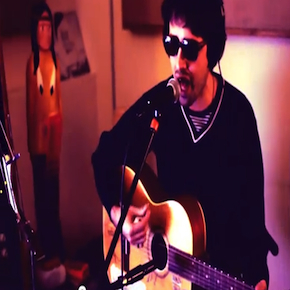 "...it’s their effortless take on 60s garage-rock, less of the poppy, Beatles-aping variety that’s typically associated with the era, but more of a rhythmic, plodding variety, with guitars that seem every bit as percussive as the drums, and snotty, joint vocals that are almost chanted more than sung. They just released their debut full-length: a 12-song 12” LP called The Beets Spit in the Face of People Who Don’t Want to be Cool, a title that works on about one million levels."

-The L Magazine "8 NY Bands You Need To Hear Now"