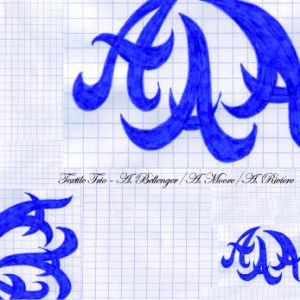 Back in October 2004 in Paris, France Textile Records boss, the late Benoit Sonnette invited members of different groups from his label to perform a concert in Paris. Under the moniker Textile Orchestra English drummer Aaron Moore (Volcano The Bear) flew to Paris to join local turntablists Alexandre Bellenger (Bobby Moo) & Arnaud Riviere (Bobby Moo), Paris based Englishman violinist Dan Warburton (Rats) and Argentinian guitarist Alan Courtis (Reynols) who was touring Europe at the time. Prior to the concert the Textile Orchestra, minus Courtis,  arranged for 2 days of recording sessions to take place at the legendary venue Instants Chavires on the outskirts of the city. Warburton missed the first session so the trio of Bellenger, Moore & Riviere recorded as Textile Trio. A few years down the line Moore handed the Textile Trio tapes to fellow Volcano The Bear member Clarence Manuelo who set about compiling and editing an album from them. AAA is the result of these sessions. The following days Textile Orchestra sessions were released in 2008 by Beta Lactam Ring Records as For The Boss in honour of Benoit. 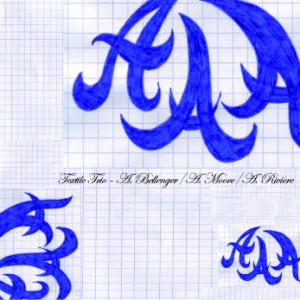