You came this way: Home > Tellemake

After a youth spent under the sign of New York’s Break scene, obsessed by the
percussion, Christophe Guiraud aka Tellemake finished quite naturally to arrive
behind a drum kit.
It was then the appearance of several Rock bands, the most accomplished of them
were "Spoonful", a formation mixing influences of 70’s, New York’s Hardcore and
Noise. In the course of time "Spoonful" was transformed into "Dogma" in a more
noisy based on of heavy and powerful harmonious aditions way.
At the same time, coming from a tiredness of "the Rock’s spirit", he leads
experiments on the research for sound colours, for physical pressures getting closer
to the image and to the improvisations centred on the Jazz, the Noise and the
Electronics.
After, he created a studio, centred on the mastering, the sound recording and the
mixing. These activities allow him to discover bit by bit his style through different
elements of modulation going of the vintage to the digital.
Simultaneously, the label Collexotic is born, allowing Christophe and these friends to
envisage the release of some productions. Collexotic contains 3 members : Gallac,
MotocrossMadness and Undo. A compilation redrawing the projects of the collective :
Collexotic #1 released on Nocturne records in 2002. Compositions translated in
images by Loom (Graphic designer / Photographer / video director), also responsible
for the artwork of Tellemake
Finally, bulimiac of sound alterations, Christophe creates Tellemake, a logical result
in his research on the sensualism, the infection and the irritation of the sound masses
and processes.
This last project remains one of the most revealing of his musical background. 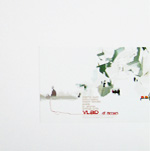