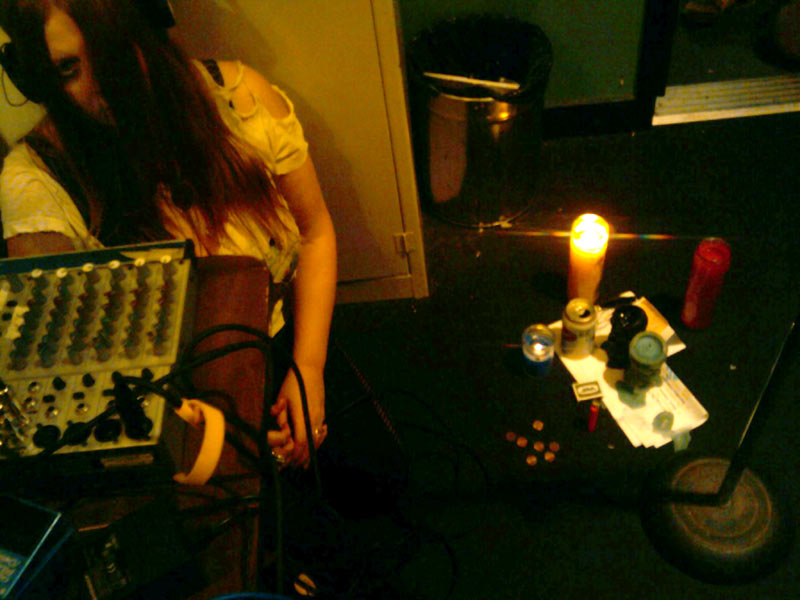 AND WHAT A WONDROUS AND PROSPEROUS WORKING IT WAS! WHAT ELEVATING, COMPELLING PULSATIONS AND RECITATIONS! AND MOST IMPORTANTLY, IT WORKED! MY ENDLESS GRATITUDE TO LALA, WITCHBEAM AND MISTER MATTHEWS.

Paraphrasing Witchbeam, "Gliding along on the razor's edge between mysteries and secrets, Telecult Powers returned to Wm. Berger's My Castle of Quiet on the 10th of March, during the 2010 WFMU Marathon, to perform The Modern Rites of the Golden Age of Pei.

The individual performers of these rites were Excepter's Lala Ryan as the queen witch Hecate, Sister Jillian of the Crow Hill Gnostic Temple as the moon goddess Diana, & Telecult's Mister Matthews & Witchbeam as their hounds. You may wonder what the purpose was...  Initiation? Contact? Creation? All was revealed to those with patience, and those who donated are guaranteed psychic illuminations."

The Modern Rites of Pei

The Modern Rites of Pei by Telecult Powers featuring Lala Ryan is licensed under a Attribution-Noncommercial-Share Alike 3.0 United States License.
So far 0 comments about this album. Add your 10 cents!