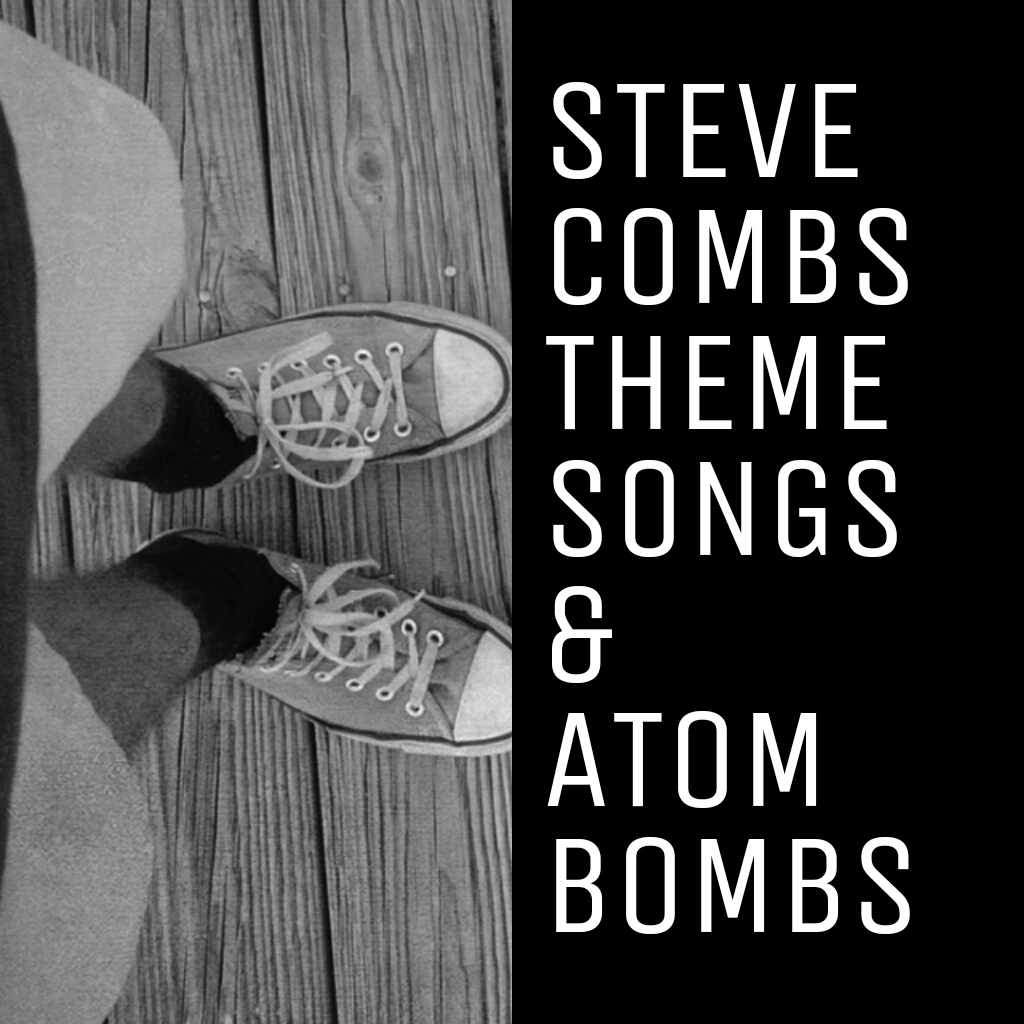 The 5th Steve Combs album, "Theme Songs & Atom Bombs"! You may notice that I took a short break, about two and a half months, in between albums 4 and 5. During this time, I remixed every single song I had done up to that point, and then took a hiatus to ruminate about being an independent musician. I wasn't on the FMA at that time, so I found the whole experience of making music that was completely ignored rather demoralizing. Of course, by the end of the summer, I had decided that I had a little bit more to offer, so I set to work on TSAB.

Those are indeed my shoes on the cover. I basically started working on this album atop a sand dune, as a near death experience near Cape Canaveral left me with a new perspective on music. This album is certainly darker than anything before it, and I think anything after it. I definitely took a different approach and incorporated more electronic elements on this record. Personally, I enjoyed the original version of "Quit" the most, but I don't know anything, so take that however you want. This re-release contains 10 of the original 12 tracks, 6 remixes, and 6 non-album tracks.