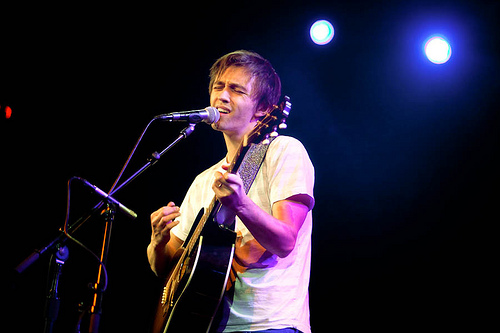 Sondre Lerche was born in Bergen, Norway. Growing up, Lerche was heavily influenced by the '80s pop that emanated from his older siblings' rooms. Compelled by a defining fascination for bands such as A-ha, the Beach Boys, and Prefab Sprout, Lerche began formal guitar instruction at age eight. Not being satisfied with classical lessons, Lerche's teacher introduced him to Brazilian music (such as Bossa Nova) and thus formed the foundation of Lerche's vast array of complex melodies and chords throughout his music today. At age fourteen, Lerche penned his first song titled, "Locust Girl." Lerche performed acoustic gigs at the club where his sister worked while he was still under age, and was ‘discovered' by Norwegian producer H.P. Gundersen. Under Gundersen's mentorship, Lerche was exposed to diverse music genres, including psychedelia, 60's pop, and mainstream Brazilian music, broadening his appreciation for eclectic music styles. Around this time Lerche also met up with Oslo-based manager Tatiana Penzo, leading up to a deal with Virgin Norway. His popularity in his home country increased steadily, and in 2000 he recorded his debut album, Faces Down.

Faces Down was a hit in Norway and received critical praise in Norway and the United States — Rolling Stone Magazine placed it in their top 50 albums of 2002. He toured in America and Europe. The songs from Faces Down had been completed before winter 2000 but postponed for release until Lerche fulfilled several academic requirements. In the interim, he was named Best New Act at the Norwegian Grammys (Spellemannprisen) and performed locally in support of major acts such as Beth Orton. Faces Down was officially released in Norway in September 2001 and gradually throughout all of Europe. Lerche toured with various acts, including a once-in-a-lifetime opportunity to share the stage with his long-time idols, a-ha, in Oslo. Autumn 2002 saw the release of Faces Down in America and Lerche's first major tour of the United States. He released the live/studio collection Don't Be Shallow EP the following year. In 2003, he toured with another one of his musical heroes, Elvis Costello (they toured together once again in 2005).

In 2004 his second album was released, Two Way Monologue, also produced by Gundersen. Rolling Stone gave it a good review, yet had the following comment about the lyrics:

His weakness is his words. Lerche clearly puts effort into his poetry, but the results are often vague, and at worst they suggest a nonsensical translation of what might have been eloquent in the singer's native tongue.

The album displayed more of Lerche's ability to span many different styles—from pop-like and upbeat tracks to more mellow (or melodic) tunes.

On February 27, 2006, Duper Sessions was released. It is a jazz album recorded in the fall of 2005 with his band the Faces Down and pianist Erik Halvorsen at Duper Studios in Bergen.

His February 2007 release, Phantom Punch, is a rock album with a more aggressive sound than his previous work. Lerche and the Faces Down recorded and mixed the album in Los Angeles in April and May 2006, with producer Tony Hoffer.

He also composed the musical score of the movie Dan in Real Life. He continues to perform and write songs, having released Heartbeat Radio to extremely good reviews in 2009. 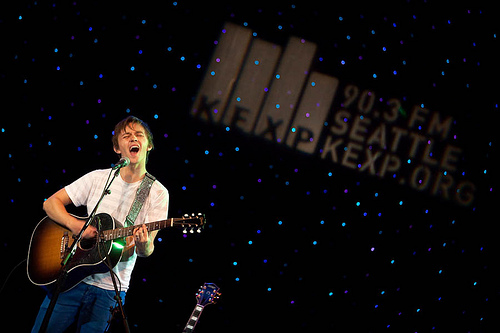