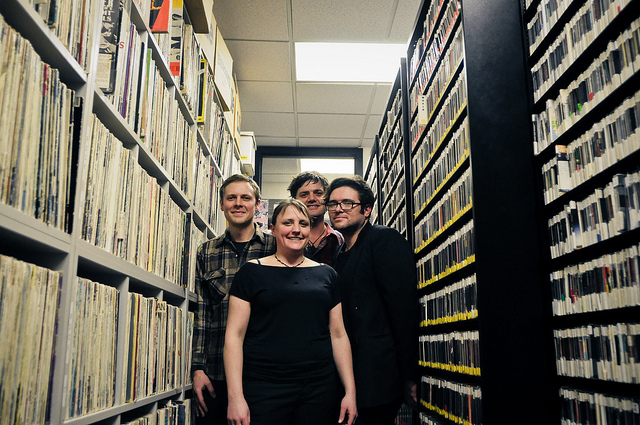 solvents
» LOG IN TO TAG
CURATOR:
WEB SITE:http://www.solventsmusic.…
LOCATION:Port Townsend, Washington...
From: http://www.solventsmusic.com/biography.html
Solvents are an "indie rock" group from the Olympic Peninsula in the great state of Washington. They have been playing continuously in local and national venues since 2001 and have toured multiple times in Europe. Solvents's influences range from Gram Parsons, to Husker Du, from Nirvana, to The Beatles from Big Star to The Replacements and everything in between. Jarrod Bramson, main songwriter for the group,has managed to write, record and produce seven albums in about as many years. The songs come alive in a strange and intriguing sonic landscape, where multi-layered guitars, marimbas and organs collide with violins and reverb-drenched drums. Defining the Solvents sound are the violin lines of Emily Madden. Her intuitive playing is an essential element that works beautifully with Bramson’s vocals and words. Together they create the Solvents rich atmosphere, contrast, and memorable melodies.

Madden and Bramson grew close through his gig playing rhythm guitar in her father's traditional Irish folk band. While catching a paycheck playing weddings and contra dances, Bramson holed up in his bedroom, four-tracking the beginnings of the Solvents. Being young, the pair's romantic beginnings were quite stormy but once Madden began playing violin on Bramson's recordings, Solvents were solidified.
Solvents slowly became a bedroom folk trio with the addition of Sasha Landis on drums. Secretly recording in the isolation of a tiny town cut off from mainstream society, the band soldiered on crafting a slew of self-released albums that went relatively unheard outside of the Pacific Northwest.
The bands latest record (Forgive Yr Blood) is the Solvents' culmination, their coming out party. Bramson's vocals have an urgency to them unheard in prior material, they snarl and crackle with emotional intensity matched by his guitar playing. Madden's violin resonates deep, clear and beautifully as Landis' drums drive the rhythm... 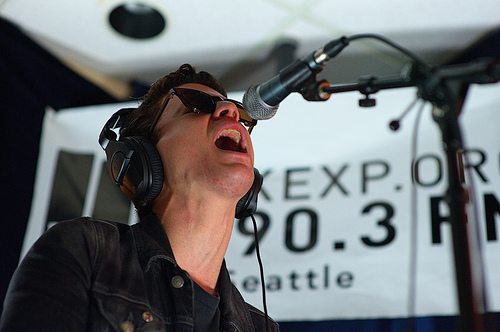