Silver Apples originally formed in 1967 as a duo in 1967 consisting of Simeon Coxe and Danny Taylor. They disbanded in 1969, but reformed in the mid 1990s. The lineup for this 1997 performance on the Stork Club:

track 8 was a cover of Wait Till The Midnight Hour by Wilson Pickett, which we hope to post to WFMU's blog shortly

Track 9, Silver Apples' founder Simeon talks with host Stork about his inspiration for covering Wilson Pickett, as well as about the myriad artists who have drawn inspiration from Silver Apples over the years. Specifically, Simeon addressed those who have remixed or covered Silver Apples, sometimes without permission, saying "if you wanna [cover] my stuff, i love it, i'll help you with it, but just give me some credit. i dont want money out of your pocket, but just give me credit, ya know? a six pack o' beer"

To buy Simeon a beer and find out more about what Silver Apples are up to these days (including the 2009 Oscillations festival!) check out silverapples.com 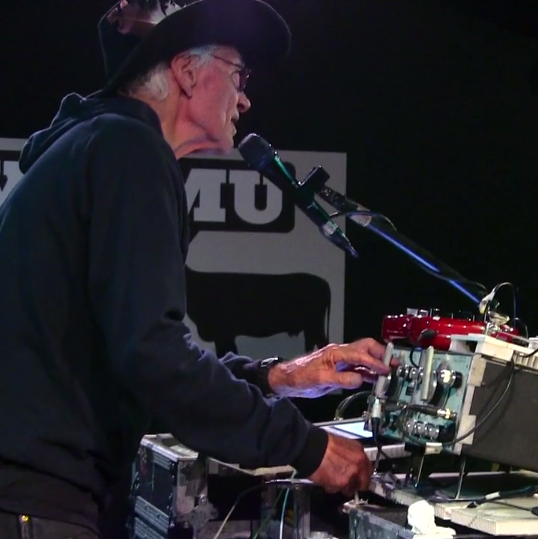 Live at WFMU on Stork's Show on 1/24/1997 by Silver Apples is licensed under a Attribution-Noncommercial-No Derivative Works 3.0 United States License.
So far 0 comments about this album. Add your 10 cents!