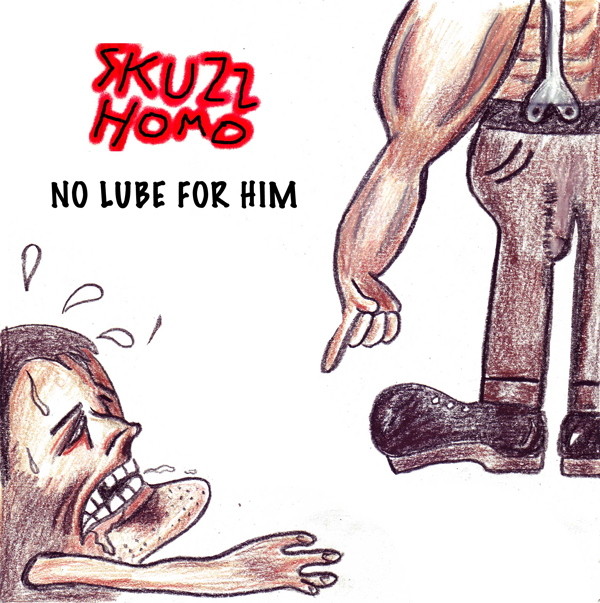 With yet another brilliant ‘release’ from UK’s ever-prolific Sexton Ming, Scuzz Homo is a work of pure homo genius! What is a Skuzz Homo? According to Sexton: Skuzz Homo are part of a gay
Christian fundamentalist religious sect that hails from the Isle of Mann. Skuzz Homo and their sect beleave when "Break Their Spirets Day", a day when world leaders will order the torture of the human population straight Athiest's will not servive and become martres that will enter Heaven. Because they have not been stretched and have no faith. They will just
become dust. Which is what they want to be anyway.