You came this way: Home > Headphonica > Scrambled Mache > The Bubblemaker > Deforestation of Brasil


Deforestation of Brasil by Scrambled Mache 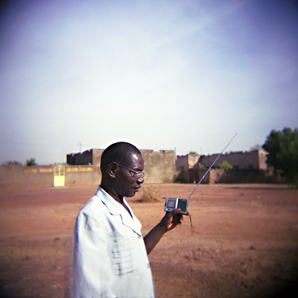 Glory of architect, glory of painter, and sculptor, and bard, Living forever in temple and picture and statue and song, — Look how the world with the lights that they lit is illumined and starred, Brief was the flame of their life, but the lamps of their art burn long! Where is the Master of Music, and how has he vanished away? Where is the work that he wrought with his wonderful art in the air? Gone, — it is gone like the glow on the cloud at the close of the day! The Master has finished his work, and the glory of music is — where? Once, at the wave of his wand, all the billows of musical sound Followed his will, as the sea was ruled by the prophet of old: Now that his hand is relaxed, and his rod has dropped to the ground, Silent and dark are the shores where the marvellous harmonies rolled! Nay, but not silent the hearts that were filled by that life-giving sea; Deeper and purer forever the tides of their being will roll, Grateful and joyful, O Master, because they have listened to thee, The glory of music endures in the depths of the human soul

Deforestation of Brasil by Scrambled Mache is licensed under a Attribution-Noncommercial-Share Alike 3.0 United States License.