Self Encoding Sequence by Schemawound 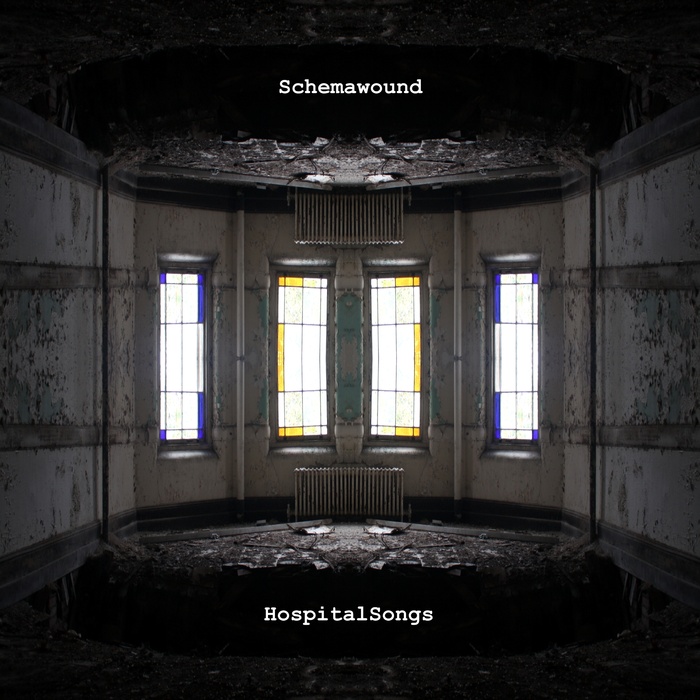 Hospital Songs is a document of material written intermittently during a 6 year writers block. These tracks were created over the years when I was hardly able to write and were created in numerous different pieces of software as I scrambled from one system to another in an attempt to recapture the muse that had escaped me.

While looking back over the numerous strays and throwaways from these years I started to find some common themes forming and I realized that I had the pieces of an album in front of me, it was just a matter of sorting them out. The temptation was to try to modify these songs and improve them. After struggling for months with arrangements, I decided that I needed to leave these songs mostly unchanged from how they were when I created them. Each one documents a particular time and place in my life and to try to modify them seemed like trying to rewrite history.

What you hear on this recording is a man who was sick and is trying to get well.

These are the songs of my recovery.

"The distorted backings employed on nearly every track, along with melodious feedback, coincide perfectly with assorted synths to create a comprehensive array of atmospheres and a stimulating listen."

Self Encoding Sequence by Schemawound is licensed under a Attribution-Noncommercial 3.0 United States License.
For more permissions:
contact artist