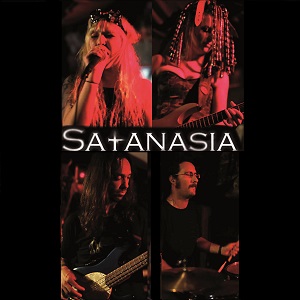 SatanasiA
Courtesy of the artist

SATANASIA is a grunge/metal band from Vigo, Spain, founded in 2011 by guitarist and singer Anastasia Syrjanowa and counts with base player David Prego from its beginnings. Searching for a more powerful sound, the band includes Yaki Pride as front singer in 2015. In 2016 drummer Carlos Pereira “Pere” joins the band. The music of the band is influenced by Metallica, Black Sabbath, Deep Purple, Iron Maiden, Motörhead, RATM, Alice in Chains, Rammstein, Suicidal Tendencies, Nirvana, Vintage Caravan, etc. The band develops an alternative grunge/metal style. "We defined ourselves as grunge/metal but we don´t try to imitate nobody. We are searching for a proper and authentic sound." The debut album ‘Abgrund’(abysm) was published in september 2016 under CC-BY-ND rights. It is composed of 8 songs and it´s a journey through the different milestones of the band. SatanasiA has a powerful image on stage with a rough, strong and unique sound. The german, english and spanish lyrics are looking for a phonetic match with the music, the feelings and it´s topic. The songs treat of deception, suicide or madness but also of hope and will power. "The music we make us different. The riffs are simple, powerful and catchy but at the same time the songs are complex and elaborated. The vocals of Yaki are totally unique and give this crazy Grunge touch to our music." 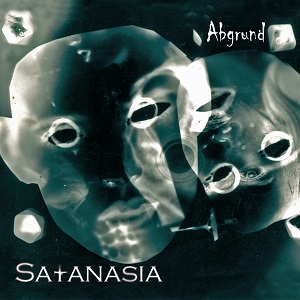