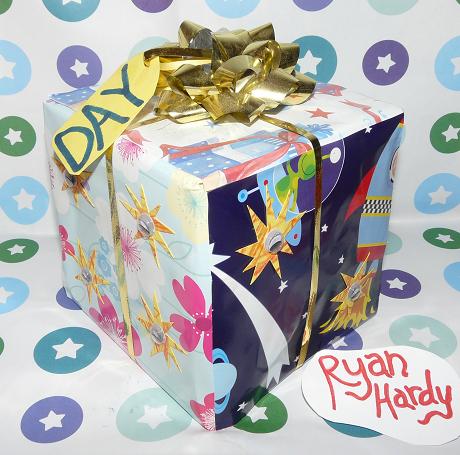 The new album from Ryan Hardy. Deeper, darker, more mature. A tour around a truly individual mind. In another world, 'Oh My Stars' would be a hit record, and Ryan would be playing to thousands, smashing up expensive hotel rooms and sporting a healthy cocaine addiction, but this is perhaps too intimate for a mass audience. I thank my stars that Ryan exists. His music doesn't just entertain, his candour assists and expands me on my own trip through the galaxy. I recommend you listen to this in private, all the way through, at least twice.

"I listened to Ryan Hardy's new album 'Day' for the first time a few nights ago.  When I got to the end of the sixth and last song, I thought wistfully, "Over so soon?"  I was so elated while listening that I felt a little crestfallen, but just for a moment, because my next thought was, "Well, I'll just start it over and play it through again."  Which I did, and have done repeatedly in the days since. It's just as well that the album is short, because in its six songs it covers pretty much all of life's major topics.  It expresses so much so eloquently, yet with such simplicity. Using simple concepts -- light/dark, sun/"heavy weather," happy/mad, space and time travel -- the songs convey the depth of human experience.  In these songs, Ryan Hardy acknowledges the darker side of our psyches, the fears and despair that can beset us, yet suggests that by accepting our hopelessness, unhappiness and even madness, we can arrive at a place of calm and happiness.  These songs say to me that it's unhealthy to despair of, or disavow our crazy feelings; that by facing those feelings, by putting them to use in the creation or enjoyment of music, we can conquer time and space and time-travel to a different version of the present, one that was here all along.  We can see the light and feel the warmth of the sun, even on a cloudy day.

Maybe it's just a bunch of songs about sun and clouds and being happy even when it's raining, but I hear wisdom in these seemingly simple songs.  It's always the "day" of the album title; what are we going to make of it and who are we going to be in it?  On your time-travel journey from your mad/sad now to your happy/calm now, this is the best "inter-galactic in-flight entertainment" you can have along for the ride.

Like all of Ryan's work, it's disarmingly candid, liberatingly goofy and a hell of a lot of fun to listen to."

"Ryan Hardy's new album Day is a collection of playful lo-fi songs with a distinctly psychedlic feel - his voice at times reminiscent of Syd Barrett or even a southern Howard Devoto!  Great stuff!"

"When listening to music I often find my mind filled with comparisons, "this sounds like so and so", "it's reminiscent of  blah, blah, blah...". This can be irksome at times, intruding upon my full enjoyment. With this album I felt the strong urge to be free of such comparisons. Sure, I could find them if I searched, but my mind kept declaring "this really reminds me of......Ryan Hardy!", "it's in the style of....Ryan Hardy", "in it I hear the roots of....Ryan Hardy", in fact I wanted to shout it out loud, all of which says to me that this is truly individual and heartfelt music. Every creation I've heard to date by Ryan is unique, but this one feels, to me, condensed and distilled. The essential oil of Ryan Hardy. His best work to date. Deep, yet ever playful. Soulful and soul searching. Dark yet light and, literally, cosmic, as evidenced by the song titles. 'Oh My Stars' is a classic." 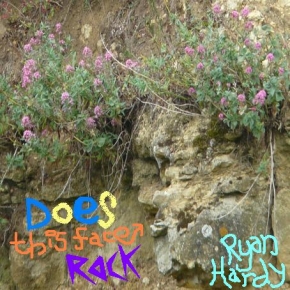 Does This Face Rock 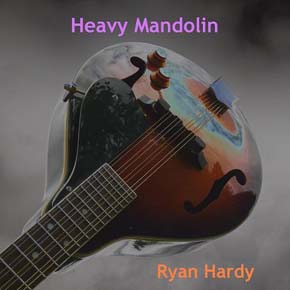 Day by Ryan Hardy is licensed under a Attribution-NonCommercial-ShareAlike 3.0 International License.
So far 0 comments about this album. Add your 10 cents!