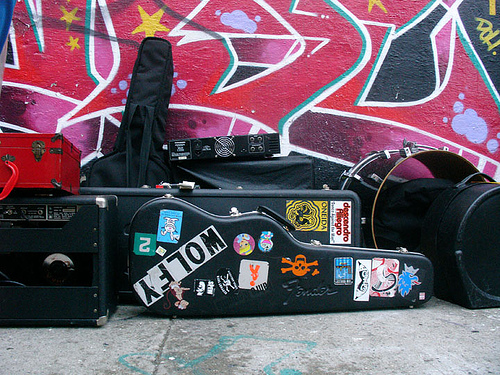 Roxy Pain is. These mascara damaged art drunks formed Roxy Pain in 1971 in London, Ontario. The only surviving members of a social experiment gone terribly wrong. When their leader and guru "the old one" revealed himself as a follower of Cthulhu; they took their energies and abilites and directed them at the evil of "organized things". Current members are Wolfy Pt II., Kayrock, Mike P. and O.J. Over the years the band has gained and lost the following members (never to sacrifice or murder): Sandra "Mother" H., PCRZ, Omid "Battletorn" Y., Trisha "Milk for Cats" M., Emily "Piano God" M., Pia "Machete" V., Chris M., Maya H., Andrew "Home" D., Seth M., Billy "Bikini Kill" K., Katie "Young People" E., Casey "Loose" L. and special honorary dancer Charlie "Brown" R. After a brief association with the Baader-Meinhof Gang; they traveled throughout Europe and Russia. They settled in North Africa to search for the Ultimate Urban Contemporary Sound. Scheduled to play the first US Festival in 1983; several members of the band, out of their gourds on Peyote, found themselves in Iceland; in search of the Holy Mountain. The others retreated to corporate sponsorship by such companies as Buster Brown Shoes and Kiwi Shoe and Boot Polish. The resulting intranet book proved to be the band's downfall, as a rash of poorly informed investments caused them to loose their musical ability. The two factions decided that the only balance between ideas and ethics was to reform and move to New York City. Roxy Pain is an Antipleonast band. Their sound has been described as "John Carpenter meets Hawkwind." (-via http://www.roxypain.com/) 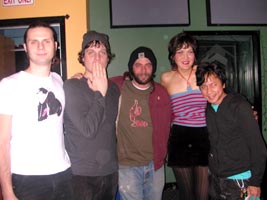