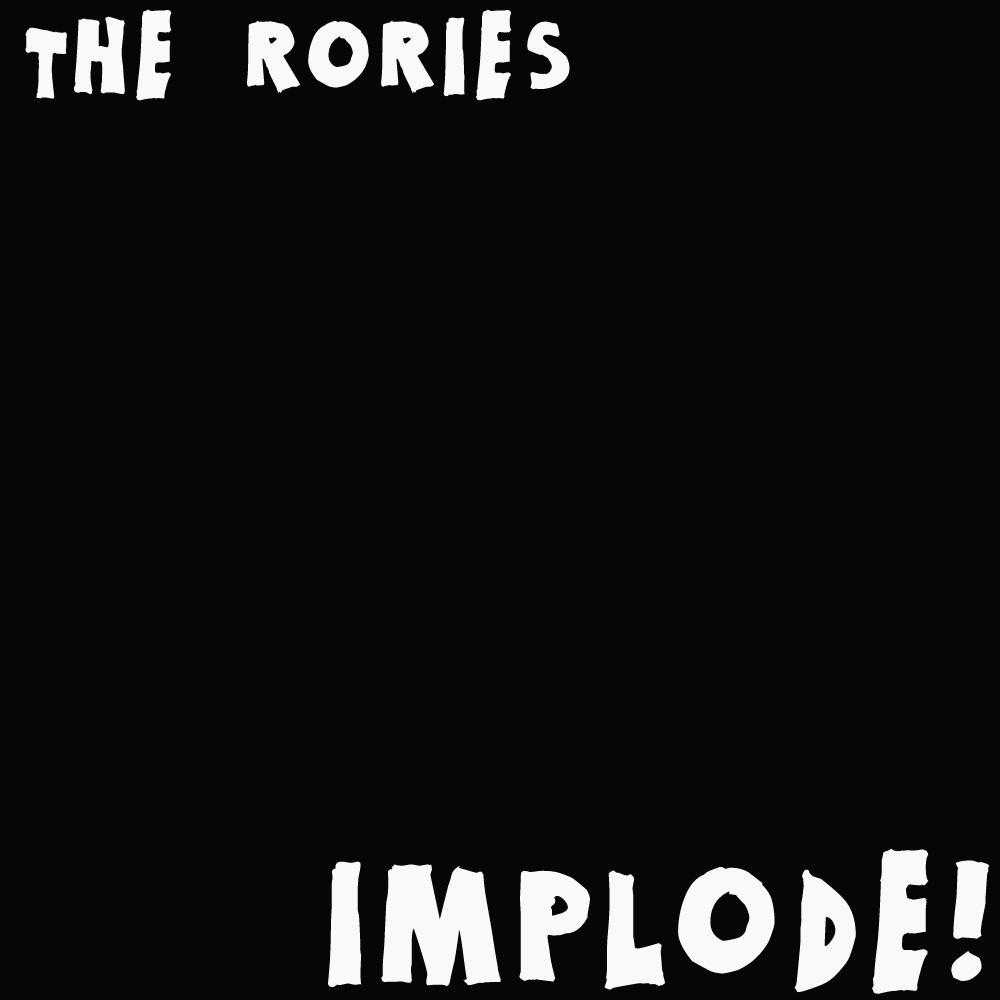 the lineup of jesse levine, alejandro morales and keith helt are on tracks 01, 03, 04, 06, 07, 10, 14, 17, 20, 21. these were recorded throughout 2008 primarily at the practice space. on malcolm and gloria alex plays keyboards/electronics, jesse plays bass and keith plays drums. otherwise jesse played bass, alejandro played drums and shouted and keith played guitar and sang. even though the majority of these are raw, they give a glimpse as to what the rories with jesse sounded like and where they were headed.

the lineup of alejandro morales, alana bailey and keith helt are on tracks 02, 09, 15, 18. these were recorded in 2005 when eric es was on sabbatical. alana played farfisa. they played one show as los pilotos.

the lineup of eric es, alejandro morales and keith helt are on tracks 05, 08, 11, 13, 16, 19, 22. eric es remixed horatio alger and d503 in 2013 but they were originally recorded in 2005 and appeared on the rise and fall of…. vaquero vaquero and love songs were recorded in 2006. completist was recorded during the live the dream session. xxxxxx xxx xxxx was recorded in 2005 and originally appeared on the free music records compilation: free music covers volume 1. love songs eventually appeared in its original form on fifth of 3 by eric es’ enclosure. keith sang backup and played piano. la hipocresía was originally performed by pal. this came from the same four-track basement session as deconstruction and vaquero vaquero that appeared on the allen ginsberg single.

education was recorded in a basement by keith. it was intended as a demo for the full band version of the rories, just before alejandro answered an ad in the chicago reader.

ejercito by The Rories is licensed under a Attribution-NonCommercial-NoDerivatives (aka Music Sharing) 3.0 International License.