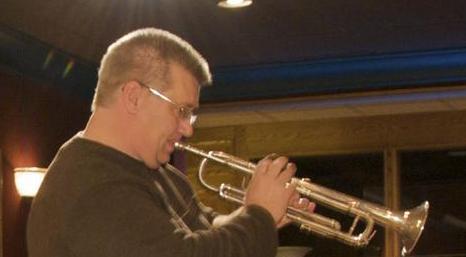 Jazz Trumpet
Rob Walker has performed with many of music's most notable acts including Wayne Newton, Natalie Cole, Ray Charles, The Temptations, The Supremes, and The Moody Blues. He recently performed on Glenn Beck's Christmas Sweater Tour. He was recognized by Downbeat magazine as a "Musician Deserving Wider Recognition". As a jazz soloist, Walker appeared at the 2008 Gene Harris Jazz In June Series, the 2002 Park City International Jazz Festival and at the San Miguel International Jazz Festival in Mexico in 2000 and 2002. In 2004, he appeared with Brent Jensen along with the Lewis Nash Quintet at the Living Legends Jazz Festival. He has also shared bebop licks with such jazz masters as David "Fathead" Newman, John Heard, Gene Ludwig, Ray Santisi, Gary Foster, Bobby Shew, Lanny Morgan, Jeff Hamilton, Clay Jenkins, Kim Richmond, and Larry Gales. Walker has also played in the pit for two Broadway national tours, "Chicago" and "Spamalot" as well as a two year stint at Busch Gardens in Williamsburg,VA.

Composer
Walker is quite active as a composer/arranger. Walker's music can be heard in the new Disney major motion picture release "College Road Trip". His music can currently be heard on ABC's One Life to Live, NBC's Friday Night Lights, VH1's Scott Baio is 46 and Pregnant, Lifetime's Matched in Manhattan, CBS's Shark and FOX's The O.C. Walker's music is also heard on two Animal Planet shows, Divine Canine and Ms. Adventure as well as Talk Show With Spike Feresten. His music has been included in a new DVD release of the Nancy Drew / Hardy Boys Mysteries. Internationally, Walker's music can be heard in the French film, Arletty, Lady Paname. In Australia, his music is prominent in shows such as The Shak and Vet Safari. His music has also played in television shows in Canada, Finland, UK, France, Norway, and Sweden.

He has written for Mike Vax and the Stan Kenton Alumni Band and for drummer Harvey Mason for his South Africa Big Band tour. His big band arranging was featured on a 2007 Time-Life Holiday Music CD and was featured at Warner Center in New York City. He is a composer in residence with Five Alarm Music, a leading film/TV production company in Los Angeles. He begin his film writing career as a guest composer with Mike Post Productions. Rob also is a jingle writer and recently penned radio and TV commercials for Honda.

Educator/Clincian
Rob Walker frequently appears as a clinician, jazz festival adjudicator, and jazz educator. He has served as Artistic Director for the Pasadena Jazz Institute's Summer Jazz Program and was a founding faculty member of the Jazz Saturdays Series at Boise State University, and the co-founder of the Gene Harris Jazz Camp. He created and conducted the Idaho All State All Star Jazz Ensemble for three years. He also directed the Sacred Heart Elementary School Jazz Band who performed as a warm-up act for Dave Brubeck at the 2004 Gene Harris Jazz Festival. He is a frequent jazz festival adjudicator and clinician and was a member of the International Jazz Educators (IAJE) Artist Outreach Network.

Educational Background
Rob Walker studied jazz composition with trumpeter Herb Pomeroy at the Berklee College of Music. He holds a B.A. from New York University in Film and Music Composition and did additional compositional studies at The Juilliard School. He has studied trumpet with Bobby Shew, Clay Jenkins, Vince DiMartino,and Mike Metheny.

As one of the pioneers of music on the Internet, Walker amassed over 200,000 downloads of his original music in 2002 and was named "Best Jazz Artist/Group" at mp3.com. Walker can also be heard at www.pandora.com, where he is a featured artist. Walker is a member of the International Trumpet Guild and ASCAP.